BBM stopped doing card sets for the Tokyo Big Six collegiate league after 2013 but it turns out that there is kinda-sorta another outfit doing cards for the league.  The catch is that they are virtual cards that only exist on the league's official mobile phone app.

The app is called "Tokyo Rocks" and is available for both Apple and Android platforms.  Here's how it works.  You get 10 points every day by opening the app and basically checking in (I think you get 100 points if you check in at Jingu Stadium).  The cards cost 10 points each.  You cash in your points and you randomly get a card.  For the past two years there have been a total of 66 cards - 11 for each of the teams in the league.  The 2016 cards were available until early April this year (or until you updated the app on your phone).  Since then all you can get are the 2017 cards.  (The switchover corresponds to the start of the Tokyo Big Six season this year).

The cards do not have backs and there's no way to trade them with other people so they're just kind of a curiosity. 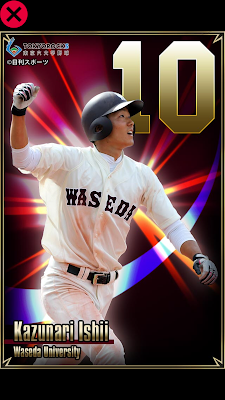 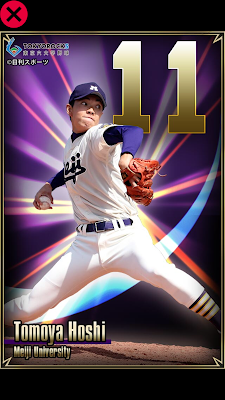 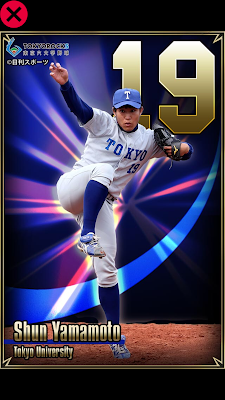 And here's some example cards from the 2017 set.  You can see that the card design didn't change.  There's at least a couple players who have the same picture on both their 2016 and 2017 cards: 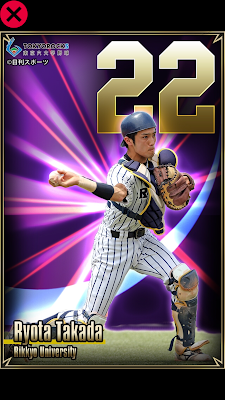 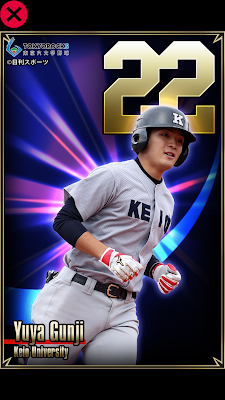 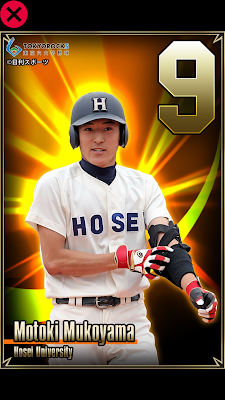 I didn't get the entire 2016 set but I pooled resources with Dani (who I had learned about the cards from) to generate a nearly complete list of cards.  Some of the players in last year's set were drafted last October and are currently playing in NPB.

We also pooled resources on the 2017 cards so I could generate another list:

There's a little weirdness in this year's checklist - some of the players don't have uniform numbers and there's a "blank" card for one of the Meiji cards - apparently they recalled one of the cards.

The league started doing these cards back in 2015.  Dani wasn't quite sure but she thinks there were eventually 13 cards for each team that year but they added more cards as the year went on.  Here's a screenshot she sent me of the 2015 cards - I didn't attempt to put together a list of the cards: 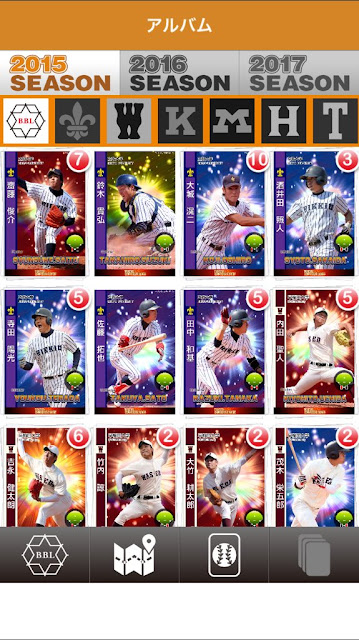 I want to thank Dani for all her help with teaching me how to get these cards and providing me with screen shots of all her cards so that I could create the checklists for the 2016-17 cards.
Posted by NPB Card Guy at 9:59 PM