This is the BBM set that I have the fewest cards from - probably only around 70 or so.  Because I have so few, I'm making a lot of guesses about the content.

This is the first BBM set to really not have any sort of OB subset.  The closest thing is the "Nostalgic Special" subset that features five cards a piece for the retirements of Tatsunori Hara and Akinobu Mayumi in 1994.


I'm guessing about the Freetime subset and the combination cards - I don't have any of the cards so I'm basing this off of the checklist and what Collecting Ichiro lists.  I think the Freetime subset shows a couple players (Atsuya Furuta, Ichiro and Kazuhiro Kiyohara) in street clothes.  The combination cards feature two or more players (obviously).  One of them shows Ichiro and Kenjiro Nomura.

There were two nine card puzzle subsets - one for Masaki Saitoh and one for Akira Etoh.

The 1996 set is a bit light on significant rookies.  It does feature Tuffy Rhodes' first Japanese card, but that's not really a rookie card.


UPDATE: On my trip to Japan last March, I was able to pick up a couple examples from the subsets I was missing.  Here's the front and back of a "Freetime" card of Kazuhiro Kiyohara (#280), a combination card of Makoto Sasaki and Koji Akiyama (#284) and a 10 Best Hitters card of Hiromitsu Ochiai (#552): 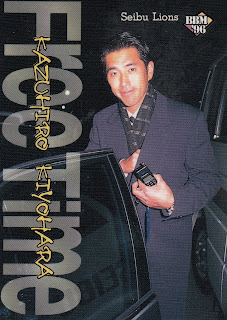 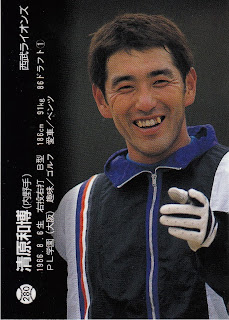 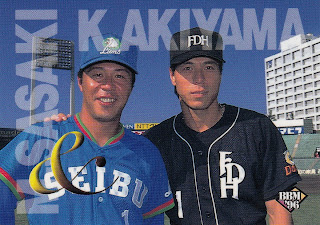 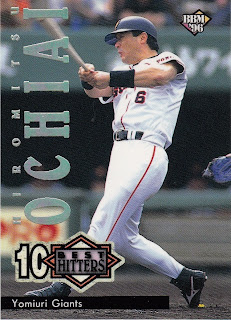