Card Of The Week January 26

Picked up an odd card off of Ebay a couple weeks back - there was a set put out by Comic Images in 1995 called something like "Phil Rizzuto's Baseball - The National Pastime".  It was a set of cards that appears to have been built out of public domain images, then coated with a silver finish to make them difficult to scan.  The card I picked up displays a poster from Japan in the 1950's showing two Nishitetsu Lions players (#47): 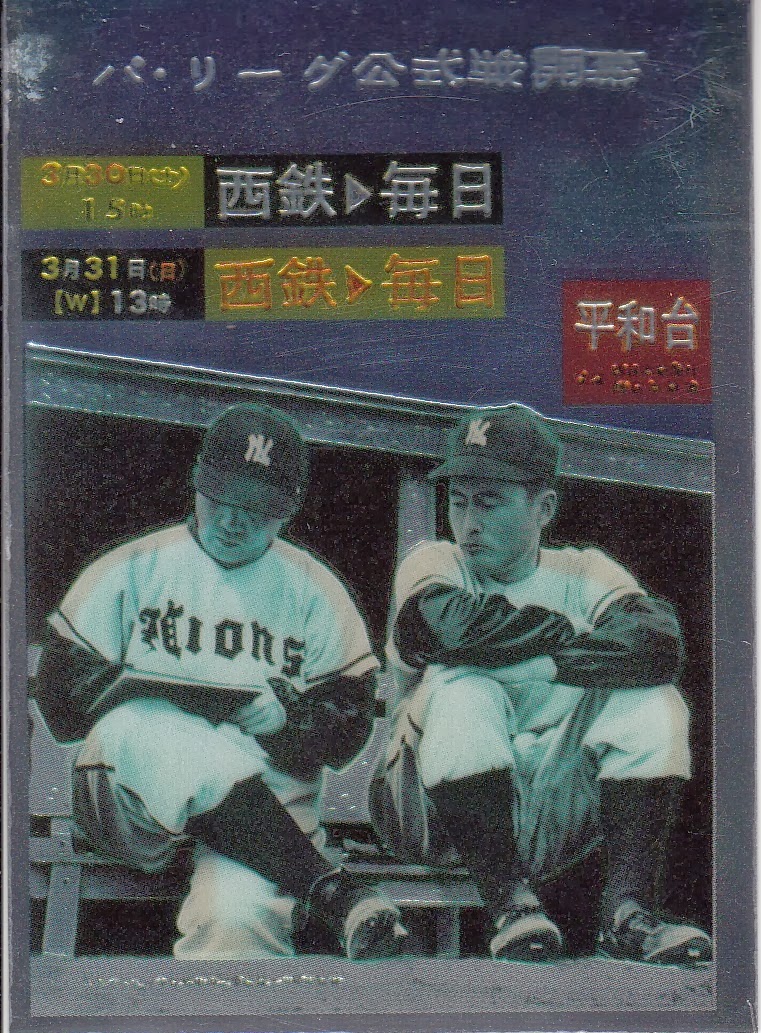 The text on the back of the card says:

This 1950s poster advertised a game in the Japanese major leagues' Pacific Division.  The game was played between the teams of Nishitetsu and Mainichi at Heiwadai Stadium outside of Tokyo.  The history of baseball in Japan dates back to the 19th century, as does America's baseball tradition.

- It's "Pacific League" not "Pacific Division"
- I think it's actually advertising two games between the teams, on March 30 and 31.
- Heiwadai Stadium was indeed outside of Tokyo.  350 miles outside of Tokyo.  The ballpark was in Fukuoka, which isn't even on the same island as Tokyo.
- The Lions wore those uniforms between 1954 and 1959.  The Mainichi Orions existed from 1950 through 1957 (after which they merged with Daiei Unions to become the Daimai Orions).  So the poster is from between 1954 and 1957.
Posted by NPB Card Guy at 5:25 PM