I was looking over the NPB statistical leaders for the season so far over at NPB Reddit and I noticed that Seiya Suzuki of the Carp was the Central League leader in all three of the traditional Triple Crown categories.  His .338 batting average is tied for first with Norichika Aoki of the Swallows, his 13 home runs is tied with Hayato Sakamoto of the Giants and his 35 RBIs are two ahead of the next guy, Munetaka Murakami of the Swallows.  It's too early to get excited about it but the last Triple Crown in NPB was by Nobuhiko Matsunaka of the Hawks in 2004 and the last one in the Central League was by Randy Bass of the Tigers in 1986. 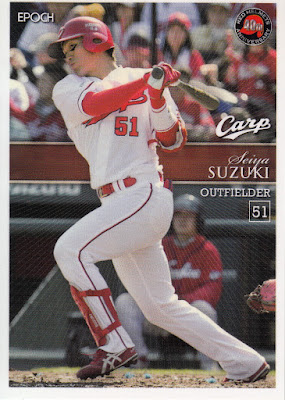