Card Of The Week March 6

Samurai Japan completed their two game sweep over the Taiwanese national team this weekend by beating them 9-3 today in Osaka.  The game was fairly close entering the top of the ninth inning with Japan up 3-1 but they then rallied for six runs to blow the game open.  The big blow in the inning was a bases loaded triple from Dragons outfielder Ryosuke Hirata which put Japan up comfortably 7-1.  This was followed moments later by a two run home run by Yoshitomo Tsutsugo of the Baystars to really seal the deal. 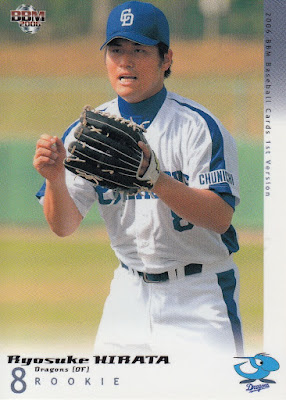