I haven't seen any coverage of this in English but NPB Reddit mentioned the other day that former Nankai Hawks pitcher Kiyohiro Miura has passed away at age 77.  I looked up his Japanese wikipedia page and it confirmed that he had succumbed to pneumonia on Sunday in Osaka.

I don't have any vintage cards of him and I don't know for sure what exists - his career falls into both the late menko era and the early Calbee years but the only card I've been able to find is his 1967 Kabaya -Leaf cards (#308).  I swiped this image from Ebay: 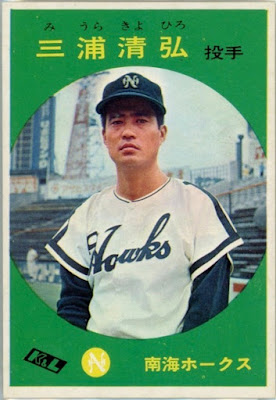 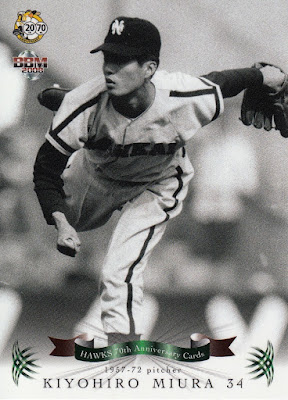