The Marines and Eagles played two crazy games the last two days in Chiba.  Yesterday, the Marines beat the Eagles 13-12 in 10 innings, winning on a walk off single by Tadahito Iguchi.  Today was another extra inning victory for Lotte, coming back from being down 5-1 after 5 innings to win 9-8 on a game winning single by Alfredo Despaigne in the 11th.  One of the stars for the Marines over the two games was left fielder Katsuya Kakunaka, who went 5 for 7 with four walks over the two games, scoring six runs and knocking in four.  Oh, yeah and he homered in each game as well. 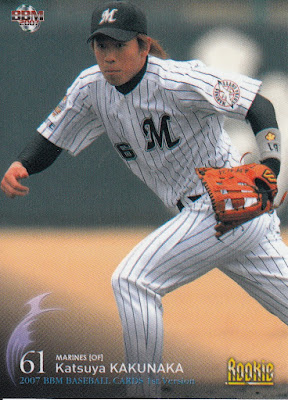