Mint Fukuoka is yet another example of one of the Mint chain's "mall" stores.  It's located on the sixth floor of the Tenjin Vivre shopping mall smack in the middle of what I believe is downtown Fukuoka.  UPDATE - the store has moved as of April 2020 to a new location on the sixth floor of a building about a kilometer west of where it used to be.  The map at the bottom of this post has been updated to the new location.  It's similar in many respects to the Mint stores I previously visited in Shinjuku, Sendai, Umeda and Hiroshima - most of what they had was recent products from BBM, Calbee and Epoch.  They had boxes and packs for sale and some singles but only from the last few years.  They appeared to be more focused on "hits" as well as gaming cards (there are tables here for customers to use for gameplay).  I did see some complete teams sets for sale as well as a case containing rookie cards going back to the mid-1990's.  There were a lot of Hawks and former Hawks represented in those rookie cards - I remember seeing the BBM rookie cards for Kenji Johjima (1995), Tadahito Iguchi (1997) and Munenori Kawasaki (2000) in the case.  I considered buying the 2011 Calbee Tetsuto Yamada that was in the case but I ultimately decided against it.  The store also appeared to carry a lot of Idol cards although not as many as Mint Ponyland.

Here's a couple photos of the store - for some reason I didn't get a shot of the outside of the mall. 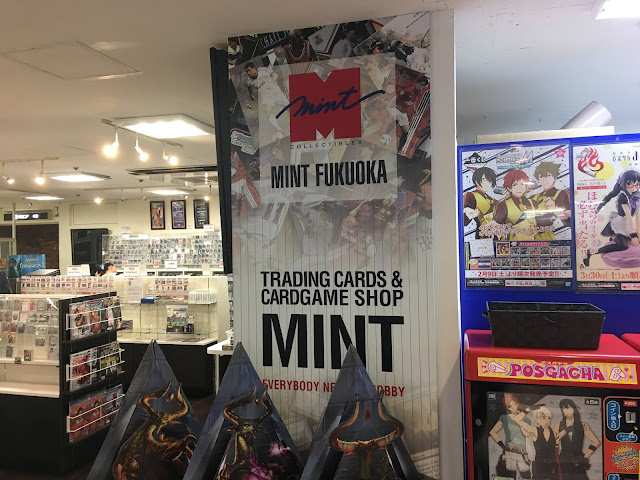 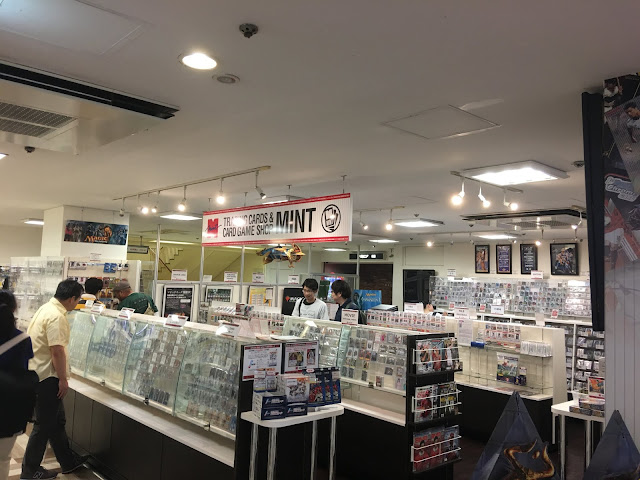 The store was featured in Sports Card Magazine #110.

My feeling towards this store was basically "meh".  It struck me as kind of a generic Mint mall store with nothing really to distinguish it other than a bit of a specialization on the Hawks.  I've wondered since I was there if I had looked harder if I would have found some Hawks team issued sets but I really didn't see anything there I hadn't seen at other stores.  This was the first store I visited on my trip that I didn't buy anything at.

Here's a map showing the shop's location - NOTE - this map has been updated to show the new location of the store:

"Meh" only in the fact that there's nothing that makes the store stand out. I'm probably being a little unfair to them simply because they really didn't have anything that I was specifically looking for. And it doesn't help them that there's another, better Mint store about a mile or so east of this shop. I'll be posting about that one later this week.

Looking forward to reading about it. I'd love to one day go to Japan. If I do... Fukuoda will be on on my list. Two card shops within a mile of each other sounds awesome!