My last stop on the day I spent in Sendai was at the Mint Sendai store.  This store is located just west of Sendai Station on the first floor of a shopping mall called "E BeanS". 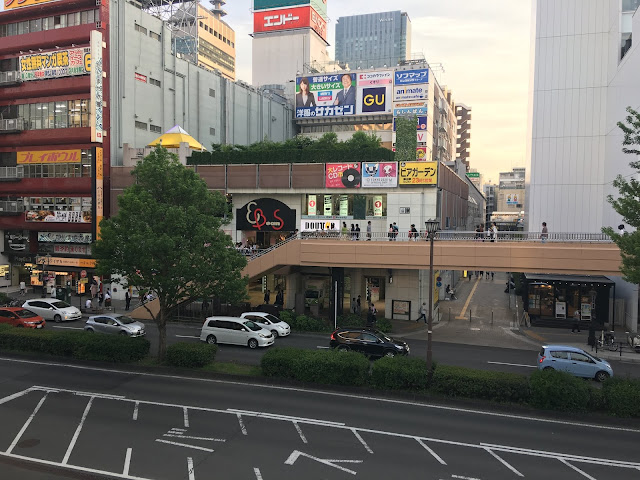 There's a series of elevated walkways on that side of the station so it's possible to walk from the station to the mall without being at street level.

Here's a photo of the shop itself: 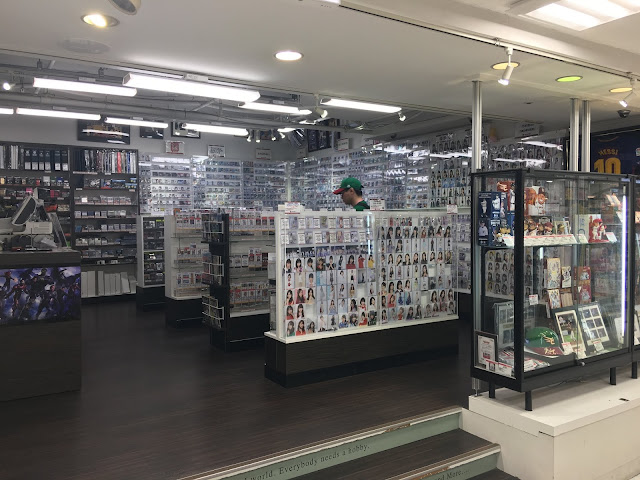 As you can (hopefully) see from this photo, the shop isn't very big.  As I mentioned in my write up of Mint Shinjuku, Mint's mall shops tend to have limited space and limited inventory.  This store was very similar to Mint Shinjuku in that it mostly had recent releases.  The one thing though that this store had that Mint Shinjuku didn't was team issued cards for the Eagles.  I ended up spending about 5400 yen here entirely on Eagles team issued cards although about half of that were cards I picked up for Ryan.  I believe that this store is one of the few card shops in Japan that Ryan has not been to yet.

I'm pretty sure that this shop takes credit cards although I paid cash for what I bought.

I also never got to go here during my time in Japan. Mint's lack of space/variety/actual odds of having something I'd need often made me wonder if making the trip out to them would be worth it when I could've just had them deliver me any of the higher priced singles I would've wanted online.

It all depends what you're looking for. The mall stores were OK but I did much better with the larger Mint stores that weren't in malls - Ikebukuro, Kanda, Odawara (ok, that one's in a mall), Urawa and Hakata. But I was doing a lot of set building for BBM sets from the 1990's.

I believe this is the only card shop left in Japan I have yet to visit, other than any new locations or new shops opened in the past year or two. I tried to get to the Sendai shop a few years ago, but that was exactly when they were moving to this current location. And I wanted to visit around New Years this year, but I wasn't able to arrange my transportation (I was working in Akita, and traveling through Sendai).

I would go this year, but who knows what things are going to be like this summer. If there is NPB baseball and I can attend games, I might make a day trip or overnighter up there.

This store is really convenient to the train station so if you were traveling through Sendai you could easily take maybe an hour or so whistle stop and visit them. It's probably the one most convenient to the shinkansen although Odawara and Hakata are relatively convenient as well (as was CAPS before it closed).

Oh it wasn’t about timing. It was about having to change my train ticket, which I couldn’t do. Someday I’ll make it!