Akihabara is an area in Tokyo a little to the north of Tokyo Station that specializes in anime, manga and video games.  There are many cosplay cafes in the area as well and the Idol group AKB48 has a theatre here.  While a google search for "trading card shops" will give you many hits, only one of those stores sells baseball cards - Mint Akihabara.  The rest appear to be gaming card stores.

I had visited Mint Akihabara back in 2013 but they were in a different location at the time.  They are now located on the sixth floor of the Akihabara Radio Hall building that's just to the southwest of Akihabara Station.  (Their new location is one building closer to the station than their old location.) Here's a photo of the outside of the building. 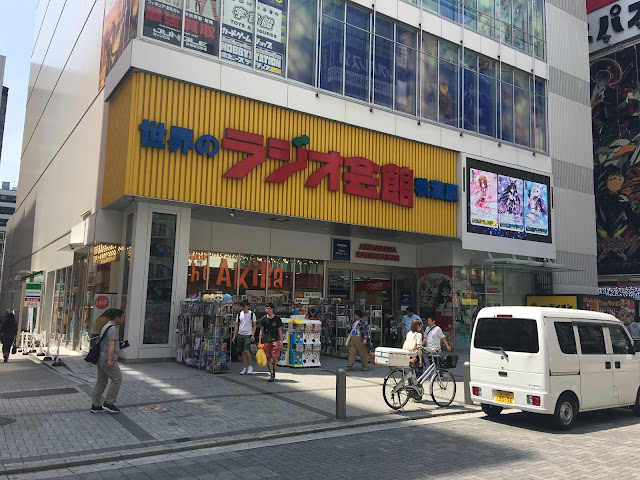 The store is actually located within a hobby store called Yellow Submarine which takes up the entire sixth floor of the building.  If I'm remembering correctly you don't pay for your stuff by the baseball cards themselves - you pay at one of the cash registers for Yellow Submarine itself.

The store is basically a mall store - most of what they have is recent cards.  There are display cases with the hits and I seem to remember there being a lot of Idol cards.  I did find an oddball tray of cards, however, and was able to pick up a bunch of Baystars team issued cards.  Dan picked up a 1993 Tomy Ichiro rookie card from the display case for 6000 yen when he was here a day or so after I was so they had some older stuff - at least expensive older stuff.

Here's a not very good shot of the store - the counter in the middle is where most of the single cards were. 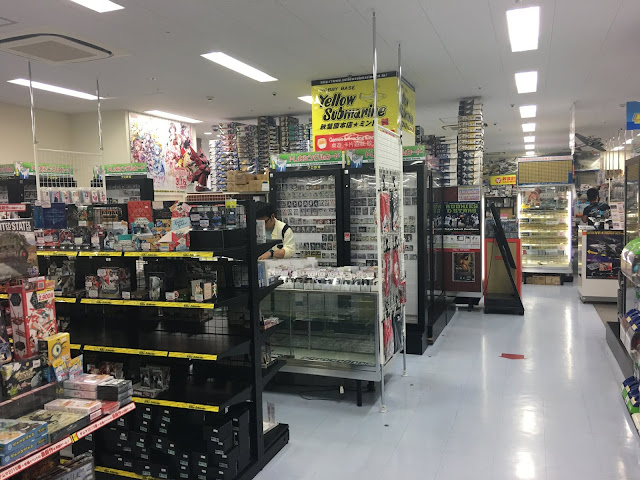 As mall stores go, this isn't a bad shop, especially if you're in Akihabara for something else and want to get some recent baseball cards.  Like the rest of the Mint stores they take credit cards.

Here's a map showing the store's location - the location on the map is actually for Yellow Submarine itself and not just the Mint store:

Cool shop. Kinda reminds me of a Daiso for cards.