For no reason other than it's a cool picture: 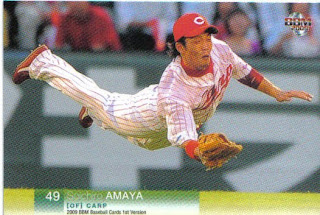 I've gotten a little behind in the news the last couple of weeks with the holidays and all, but I'll try to catch up. Some sad news from earlier this month - Tigers outfielder Norihiro Akahoshi is retiring due to neck and back injuries. NPB Tracker has an appreciation of Akahoshi here, so I won't write much more, just show a couple cards. 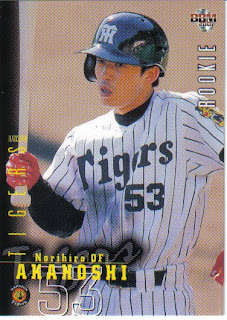 Akahoshi was a little old for a rookie - he turned 25 right around the beginning of the 2001 season. He'd played a few years in the industrial leagues before signing with the Tigers - he was a member of the 2000 Japanese Olympic team that was made up primarily of industrial league players. He won the 2001 Central League Rookie Of The Year Award, which was commemorated in this card from 2002 BBM 1st Version set (#401): 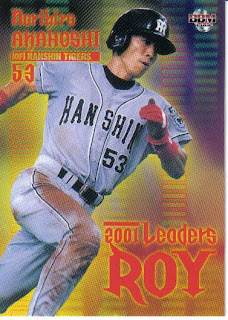 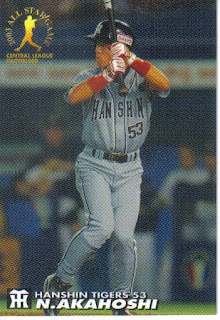 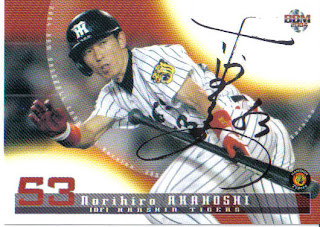 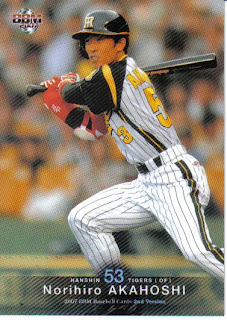 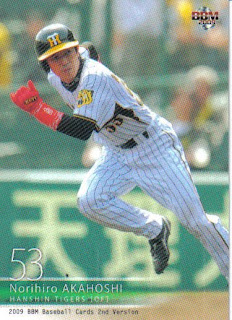 Card Of The Week December 20

After 20 inches of snow and five hours spent clearing my driveway, I'm very jealous of these two: 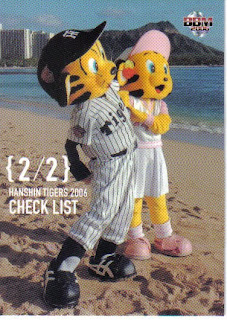 Card Of The Week December 13

Scott Atchison has left Hanshin and returned to the US, signing with the Red Sox. His 2009 BBM 1st Version card (#260): 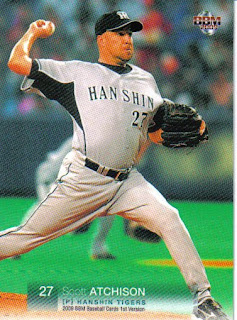 Card Of The Week December 6

OK, way late this time. Been a crazy week.

In 2010, BBM will be celebrating their 20th year of producing baseball cards. I'm planning on doing a series of posts during the winter on the history of BBM cards. I probably won't get going on it until after Christmas, but I thought I could start with this card, card #1 from the first BBM set in 1991: 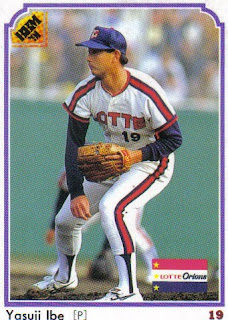 In 1973, when Calbee put out their first set, card #1 was of Shigeo Nagashima, the most popular player in Japan ever. For some reason, for the first card of their inaugural set, BBM chose a reasonably obscure pitcher for Lotte named Yasuji Ibe, who went 10-12 in 168 games (161 of which were in relief) in a 10 year career from 1983 to 1992. This is, in fact, half of the cards BBM ever printed featuring Ibe (the other being from the 1992 set). I would be very curious to know why BBM choose such an unlikely player to lead their first set.

As a point of comparison, here's the list of the players who were the first cards in the initial set of the major US card companies: Bob Elliott (1948 Bowman), Andy Pafko (1952 Topps), Ozzie Smith (1981 Donruss), Pete Rose (1981 Fleer), Don Mattingly (1988 Score), and Ken Griffey Jr (1989 Upper Deck). So that's a Hall Of Famer, a guy who will be a Hall Of Famer, a guy who would have been a Hall Of Famer if he hadn't broken the most fundamental rule of the game, the most popular player of the 1980's and a couple of guys who were very good players but perhaps not as well remembered as others from their era (Elliott was the 1947 NL MVP, and Pafko had been a four time All Star with the Cubs in the late 1940's).
Posted by NPB Card Guy at 9:04 PM 1 comment: