I've had some correspondence lately with a reader named Jay who told me that he had recently picked up an unopened box of 1991 BBM off of Ebay.  I asked if he'd be willing to contribute information and photos for a "box break" and he graciously agreed.

The 1991 BBM set featured 399 cards in its base set plus 12 "team logo" hologram cards as the only chase cards.  The cards were sold in boxes of 30 10 card packs.  According to Engel, the hologram cards were inserted into the boxes at a rate of 2 per box.  The set was also available as a factory set which did not include any of the holograms.

Here's the photos Jay sent me: 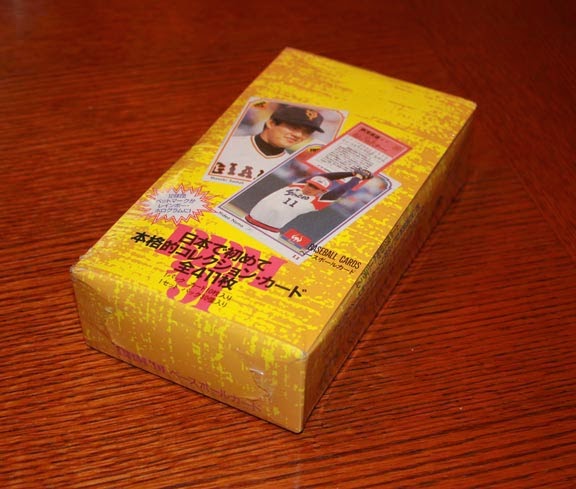 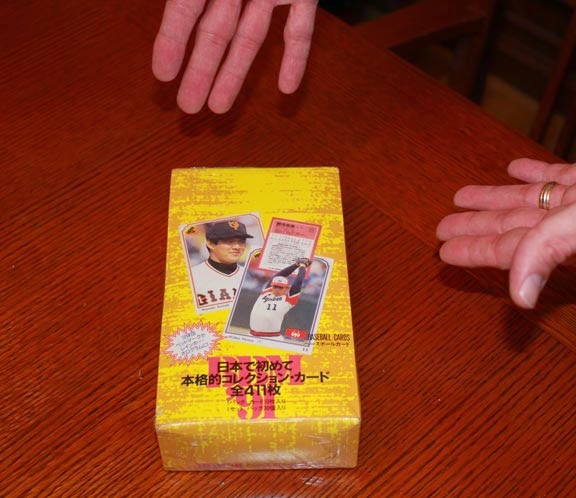 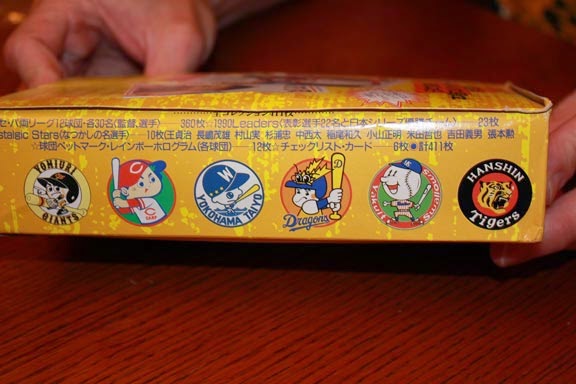 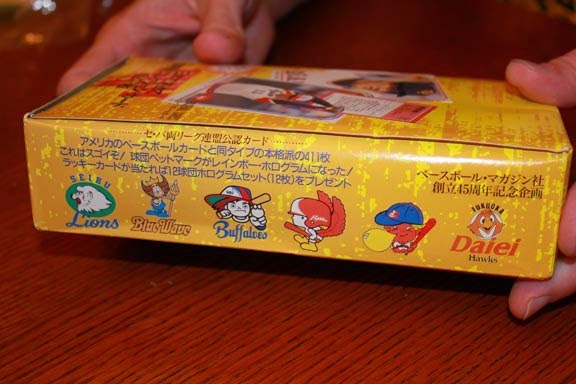 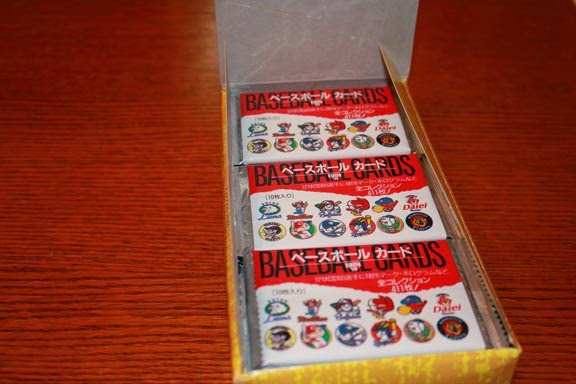 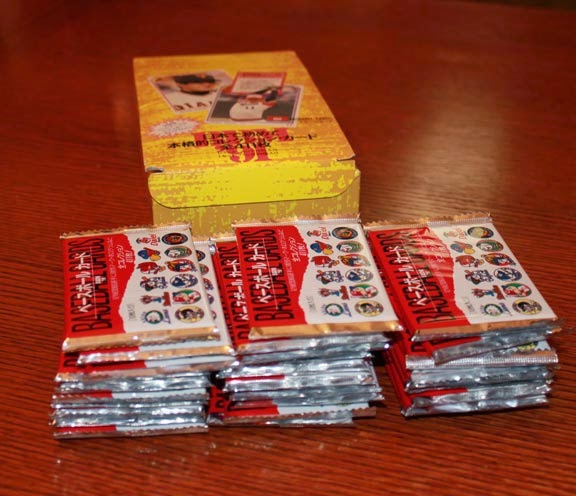 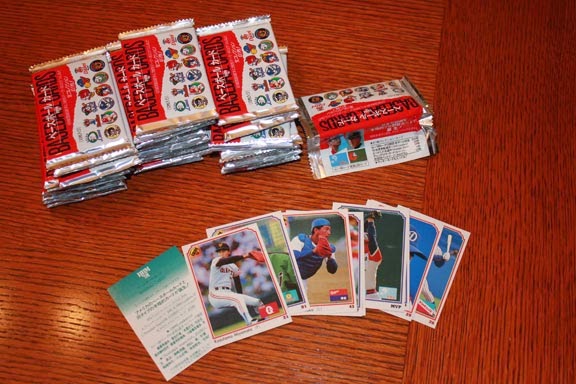 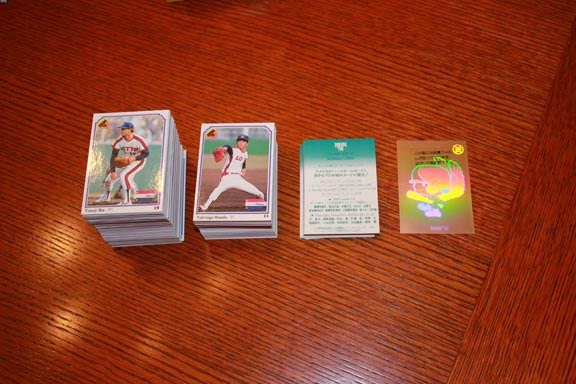 Besides the 10 cards, each pack also contained what I think is a promo for the 1991 set - it has a breakdown of the cards in the set (30 cards per team, 23 Leader cards, 10 Nostalgic Stars and the 12 team hologram logos) although it does not mention the 6 checklist cards.

Jay was understandably pretty pleased with his take - for $34.95 (plus free shipping), he picked up about three quarters of BBM's inaugural set.

Thanks for sharing the photos and the information Jay!
Posted by NPB Card Guy at 8:03 PM

I opened a box of these and experienced much the same results. Unfortunately I got no holograms and every card in one of the rows of packs had the same corner dinged, so out of 300 cards, about 90 were damaged.

I still have a second box should you be interested in living the thrill of 1991 BBM first hand. If I were to open it, I would, again, get no holograms and find more mangled cards. However if it were you to do the honor, no doubt you would find 4 holograms and 296 perfect cards. Such is my luck.

I've been lurking for a while and really enjoy this blog. I collect sumo cards (menko, bromides, mini cards, postcards, candy cards, BBM Etc). A lot of the sumo releases parallel the baseball ones and hopefully I can contribute where possible. Thanks for all the great articles.

Thanks for the kind words, Ryan. IIRC you've already contributed - you left a bunch of really useful information about the Yamakatsu sets a few years back. Thanks again for that and I look forward to any other information you have to offer.

Sure thing. I thought I had, but couldn't find any of the old posts. Still catching up on a ton of great blogs here.

Thanks, on an interesting note, my coworker's son (Brandon Laird) just signed with the Nippon Ham Fighters so will have a new collecting focus for a while once he gets some BBM cards released. Hopefully he does well.

That's really cool! I just saw him playing against Orix this morning (over the internet as opposed to in person of course).

BBM's 1st Version set will be out in about two weeks. Looking at the checklist for the set in SCM 110, I think Laird will be card #067. BBM's Fighters team set will be out in late May. He may also show up in one of Calbee's expected two remaining sets for the year.

Looks pretty neat, I might pick up a box at some point if I can find them for that price.

I remember Upper Deck cards in 1989 and maybe for a couple years after that having that same sequential numbered cards in each pack deal. It made it possible to know which cards were in which packs in a box just by opening one pack.

This means that there are probably way more 1989 UD Ken Griffey Jr. rookie cards floating around loose out there than any other card from that set, since every dealer back in 89 who figured this out was sure to open the packs they knew contained Griffeys while selling the rest. I wonder if Japanese collectors cottoned on to that back in 1991 and did the same, looking for the Nomo cards.

This blog inspired me to pick up an unopened box off of ebay! Not sure if I'll crack it, but cool to have.

If you do crack it, let me know if you get similar results to Jay and Jason.