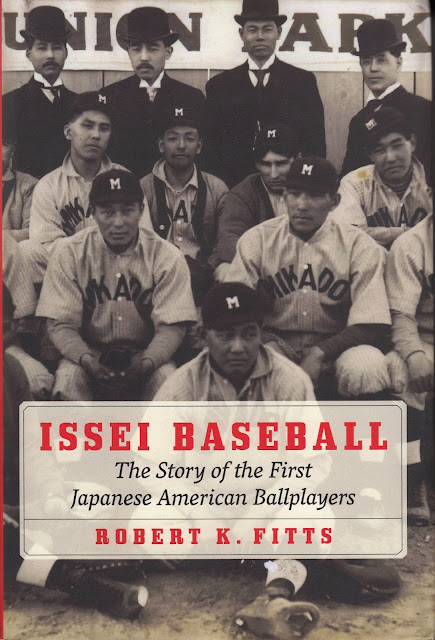 I wanted to do a quick post about Rob Fitts' latest book which was published a few months back.  It's called "Issei Baseball" and it's the story of some of the first Japanese immigrants to play baseball in the United States.

The book follows a handful of immigrants and their experiences traveling to America and settling first in San Francisco and then Los Angeles.  They played on local teams but eventually joined the first ever professional Japanese baseball team - Guy Green's Japanese Base Ball Team - on a barnstorming tour of the Midwest in 1906.  The players later played on other teams including the Denver Mikado, the Los Angeles Nanka and the Japanese Base Ball Association (JBBA).  The book follows the entire lives of the players, including their experiences with the relocation camps during World War II.

In addition to these teams, the book also includes descriptions of tours of America by Waseda University in 1905 and 1911 and Keio University in 1911.   These tours as well as the teams the immigrants played on were most American's first exposure to Japanese baseball players.

I found "Issei Baseball" to be a very good book.  Other than vaguely being aware that a couple Japanese universities had toured the US in the early 20th Century I didn't know anything about this topic and I was a bit concerned when I picked up the book whether I'd be all that interested in it.  But the book actually is quite interesting, especially the stories about the barnstorming teams.

When I ordered the book through his website Rob was kind enough to send me several promotional baseball cards featuring some of the players who the book follows.  Four of these were large (5 1/2 inches by 8 1/2 inches) "cabinet" style cards: 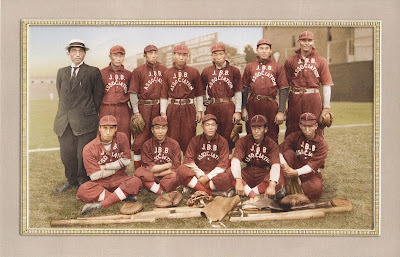 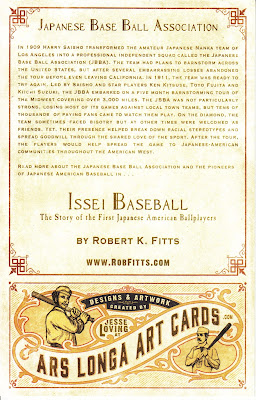 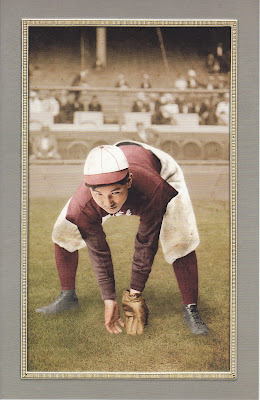 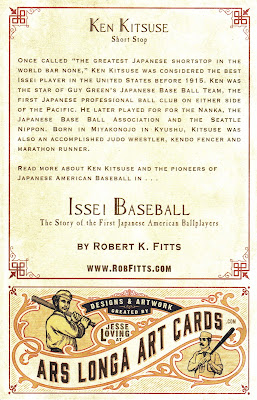 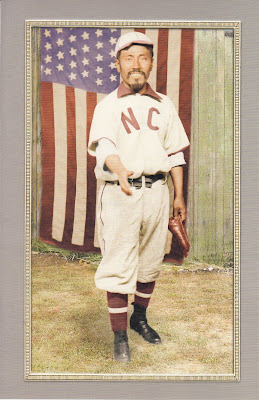 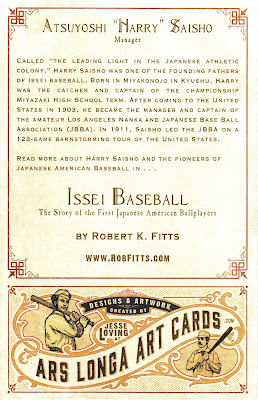 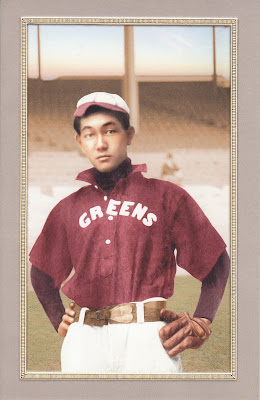 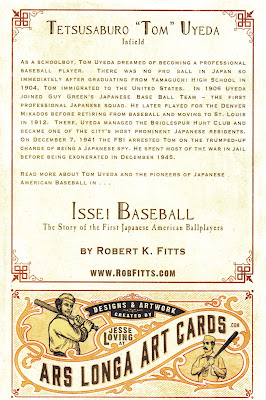 There were also three standard sized cards of Kitsuse, Saisho and Uyeda.  The backs of these were pretty much the same as the cabinet cards so I'm just going to show the fronts: 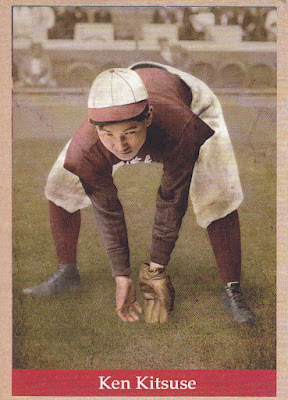 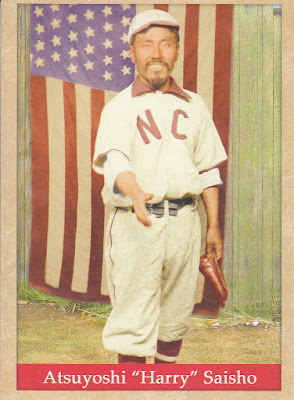 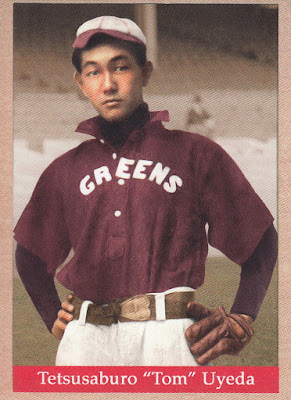 Met Mr. Fitts while he was doing his book tour with Mr. Murakami for Mashi. Very nice guy. I might need to grab this book... just so I can get my hands on these cards.

Nice write up. I will add that to my want list, along with his recent e book about cards!