Card Of The Week April 15

Yu Darvish had his first two start for the Rangers this past week - Monday vs the Mariners and yesterday vs the Twins.  He's currently got a 4.76 ERA and opponents are hitting .340 off of him - which considering his opponents so far were the worst two AL teams last year is not a good sign.  His next start is this coming Friday against Detroit and the Ranger play the Yankees next week, so things are about to get more difficult.  I read things saying that he's adjusting, but honestly, other than the number of runs given up, both his starts look very similar statistically - (same number of innings pitched, batters faced and walks given up, almost the same number of pitches thrown, strikeouts and hits).  It's early and he's learning, so I hope it goes better for him in the future but those are two very scary lineups he's dealing with in his next two starts.


UPDATE - After looking at his stats a little more, I think I'm being too hard on him.  He hasn't pitched that bad since the first inning on Monday where he gave up four of the six earned runs he's been charged with.  I still would like to see what he does against the Tigers and the Yankees and I'd still like to see him get a little deeper in games, but he's probably doing better than I first gave him credit for. 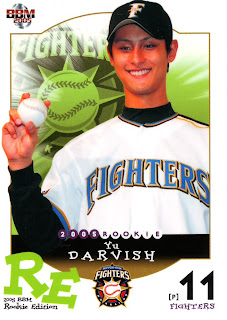