Card Of The Week October 5

I recently learned something about a card I've had for years.  Take a look at the 1991 BBM All Star card of Atsuya Furuta (#445): 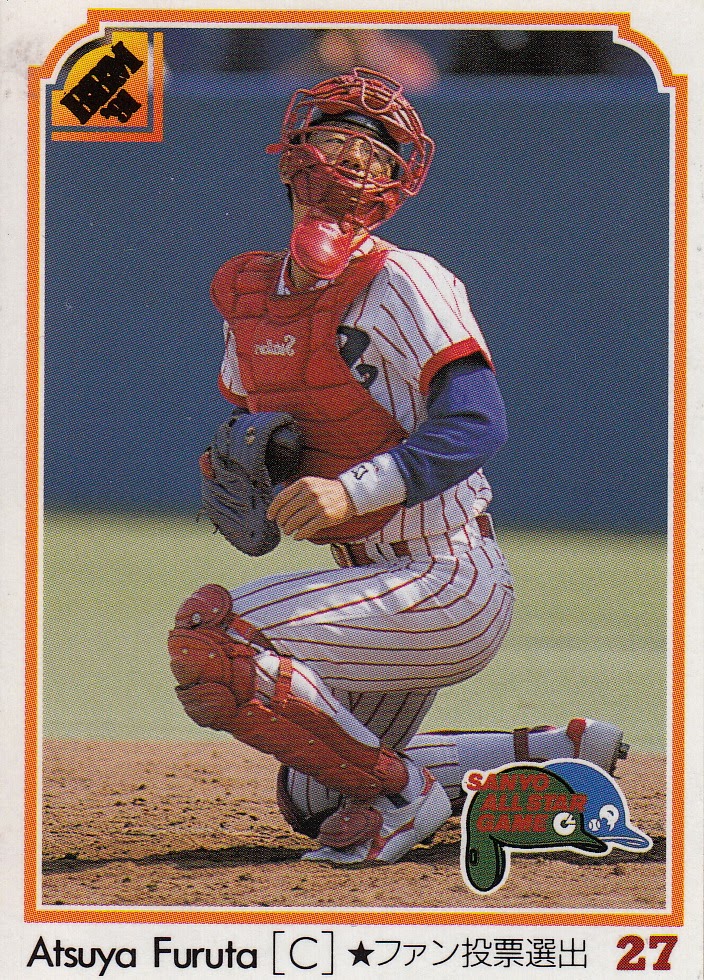 Notice anything odd about it?  If it isn't obvious, it may help to know that Furuta was not left handed.  But, yup, the photo is reversed - the "Swallows" text on his chest protector is a dead giveaway.

The SCM listing for the set notes that this is an error card, but there's no evidence that BBM corrected the error.  So like the 1957 Topps Hank Aaron, every Furuta card from the All Star set is like this.

BBM, did, however, sort of issue a corrected card nine years later.  Sports Card Magazine #20, published in March of 2000, included an "SCM Reprint" card that corrected the error: 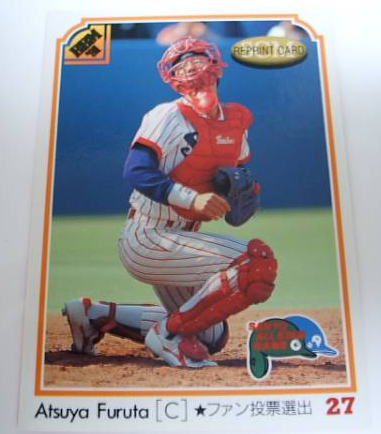 I don't have this card (yet) so I swiped the image from someone's auction in Yahoo! Japan Auctions.
Posted by NPB Card Guy at 3:54 PM