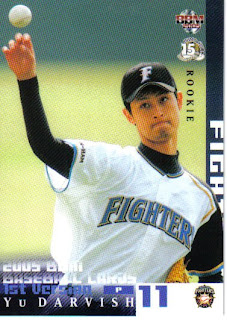 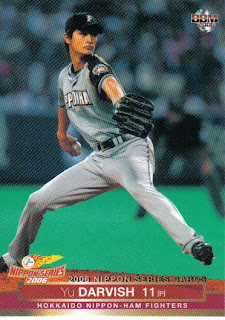 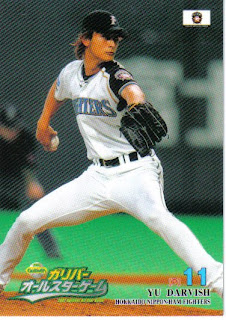 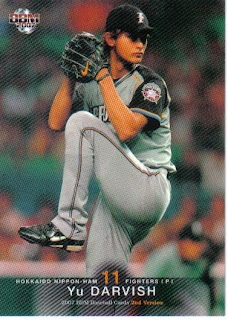 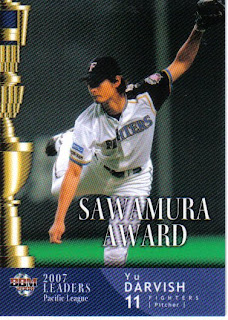 Not sure. There's a serially numbered version in which there were only 20 of each card produced, but if your card doesn't have a serial number, it's not one of them.

Thank you very much for the information. I checked the card and it doesn't have a serial number.

I'm not sure you could actually get that price for the card anywhere. Engel's price guide, like most baseball card price guides, always seems a bit high to me. I suspect some of that comes from him being the main Japanese card dealer in the US.

I appreciate your comments on this because I personally think the Beckett guides don't really reflect the prevailing prices either. I think the pricing is based more on the speculation that he will be coming to the states to play but I am not so sure.

Thanks again for looking into my request.

That card and Daisuke Matsuzaka's are the most expensive listings in that set, so yeah, it's based on that speculation. I'm not willing to pretend that I can predict whether or not he's going to come to the States, so I can't tell you if you'd be better off trying to sell it now (and assume he's not going to come) or wait (and assume he is going to come).

That's assuming that you were interested in selling it, of course. There are speculators out there buying his cards on eBay.

I will probably hold on to it. I am curious to see how much better he will be in Japan. I think he needs more seasoning before coming to the States. I do feel though that if his team is strapped, they may jump at an early posting but again, he needs to agree to do so.