When I first started collecting Japanese cards, I didn't know much about Japanese baseball or who any of the cards were of. (It can be argued that I have not come far from that point.) There were a couple of names that I kept seeing over and over though that started sinking in. It seemed like anytime I bought a lot of singles or got a BBM All Star set, I would get yet another card of one or more of these guys. I came to be a fan of these players, even though I didn't know a whole lot about them. The players were Atsuya Furuta, Koji Akiyama and Kazuhiro Kiyohara. The last remaining active player of this group, Kiyohara, last week announced that he'll be retiring at the end of the season.

As I've learned more about Japanese baseball, I've learned that there's a lot of mixed opinions on Kiyohara and I'm not sure if he were someone that I watched on a regular basis if I would still be a fan of his. Perhaps I would - I tend to be contrary sometimes in players that I like and end up defending the likes of Milton Bradley and Albert Belle, at least as ballplayers.

Be that as it may, I thought a retrospective of Kiyohara would be appropriate: 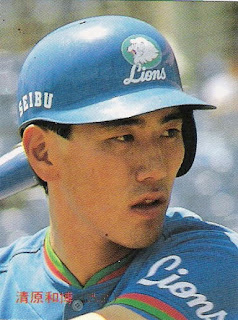 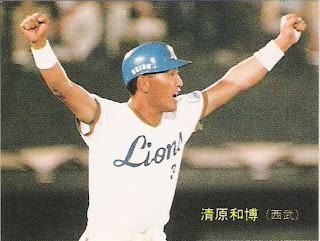 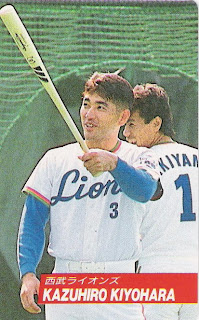 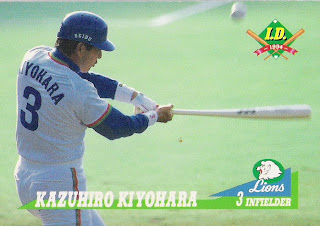 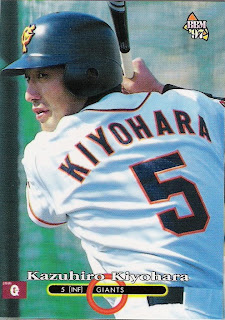 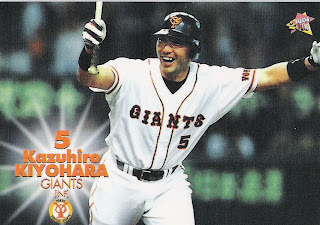 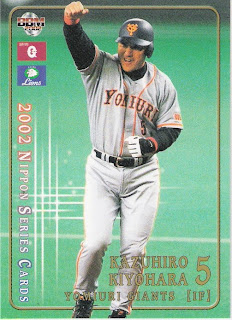 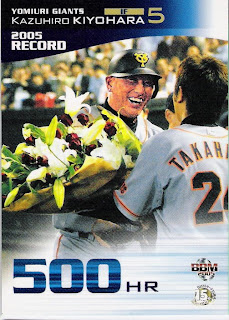 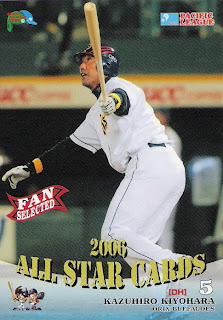