The second major set for 2009 from BBM is the Rookie Edition set. This is basically a set for the guys taken in the draft last fall. There are 126 cards in the set, 95 of which are cards for drafted players. In previous years, these would be the first cards ever for these guys, but since BBM started doing some college sets, a handful of them already have cards. Here's a couple sample cards of Hiroto Ikuyama (#027) and Shota Ohno (#012): 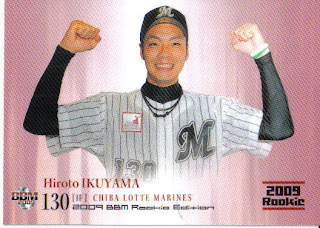 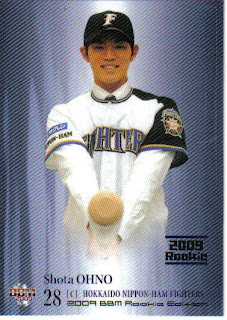 The set also contains 24 cards of current players (a pitcher and position player from each team). Each card shows a photo of the player from his rookie year along with one from last season. Here's the Michihiro Ogasawara card (#109): 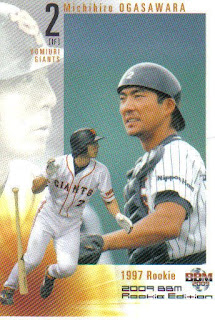 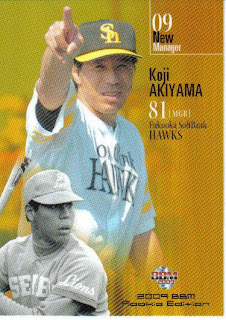 The final five cards of the set feature players who changed teams over the winter - Takuro Ishii, Norihiro Nakamura, Tomohiro Nioka, Toshihiro Noguchi and Takayuki Shimizu. Here's the Ishii card (#125). It's very odd to see him in something other than a BayStars uniform: 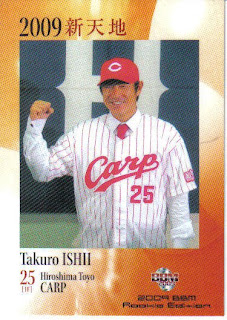