The Mariners promoted former Dragon and Tiger Alonzo Powell from being hitting coach at AAA Tacoma to being hitting coach for the big league club over the weekend. Powell played for the Dragons from mid-1992 through 1997. After Chunichi released him, he was picked up by Hanshin for the 1998 season, but they released him midway through the season. He was the first foreigner to win three consecutive Central League Batting titles (1994-96). He was named to the Best 9 team four times (1993-96) and made the All Star team twice (1994 and 1996). He was also named as one of the 120 greatest 20th Century players by BBM in 2000.

A sampling of his cards: 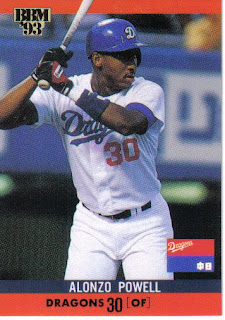 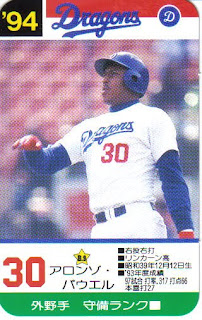 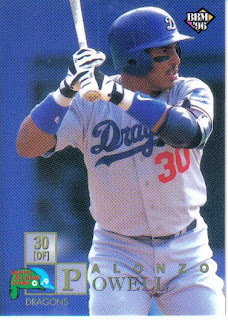 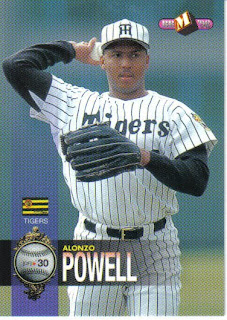 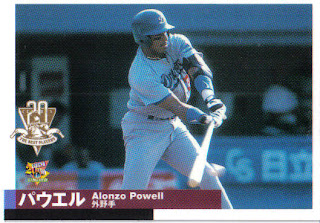 Powell was one of the players Rob Fitts interviewed in his oral history "Remembering Japanese Baseball".
Posted by NPB Card Guy at 6:36 PM