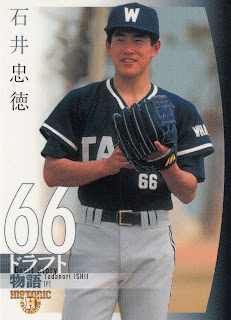 I have to credit Deanna with much of the backstory for this - she pointed out this card several years ago.
Posted by NPB Card Guy at 9:32 PM