I got a package in the mail the other day with my recent Yahoo! Japan Auction pickups (via kuboTEN).  I'll be doing a couple posts in the next day or two about what I got.

The first item is a small (10 card) promo set that BBM did for last year's Lions team set.  9 of the cards are basically parallels of nine base cards in the Lions team set and the tenth card is a promo parallel of one of the insert cards.  Like many of the promo cards that BBM distributes via book stores and magazines, the regular and promo versions of the cards use the same photos but the promo version uses different colors.  Here's an example:

The backs of the cards are identical except for the card numbers: 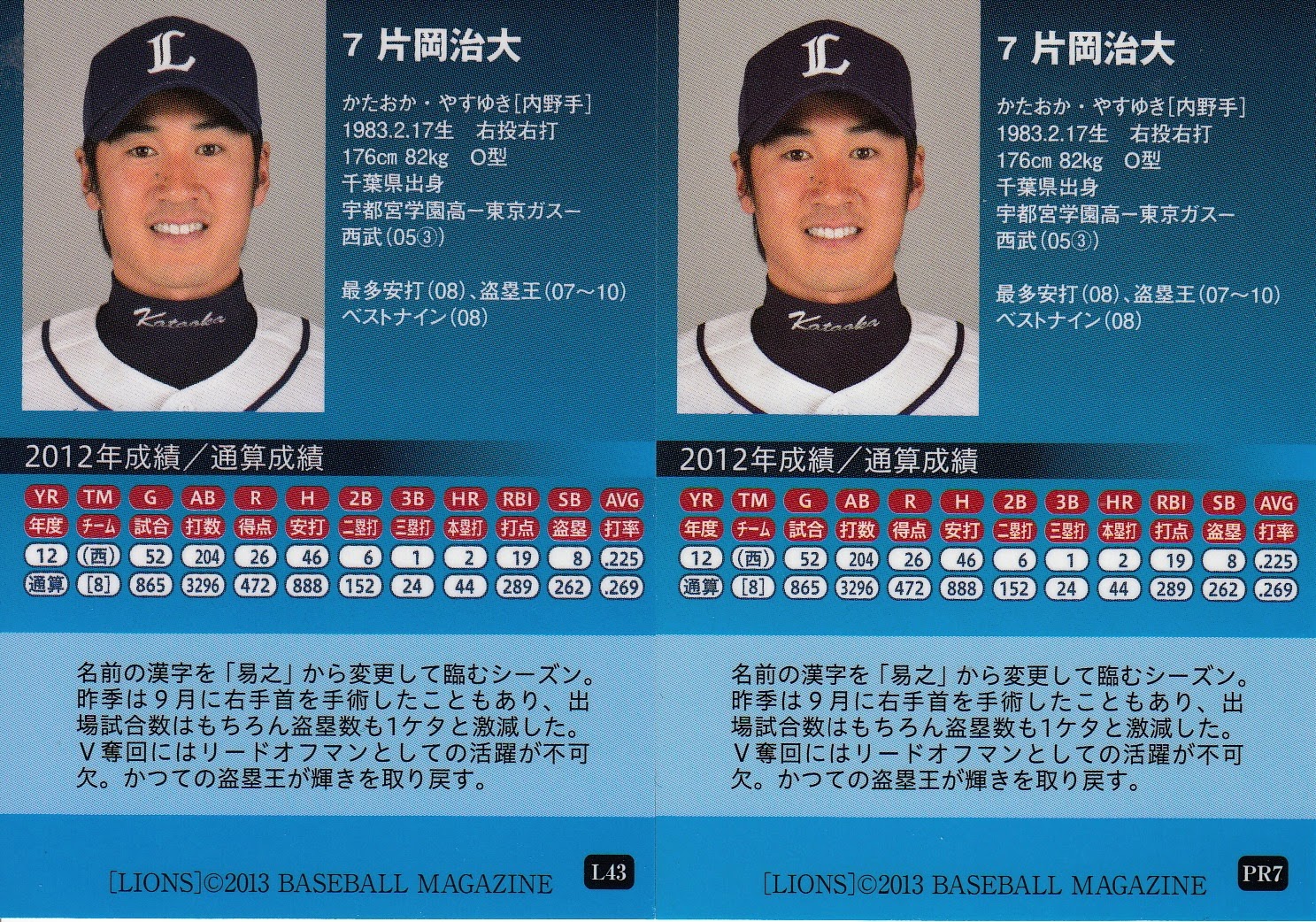 The promo for the insert card has a tad more information about the set.  Apparently these cards were distributed at a "Stadium Event", presumably Seibu Dome.  I did a little bit of looking around on the web and I found some information that may be for the event.