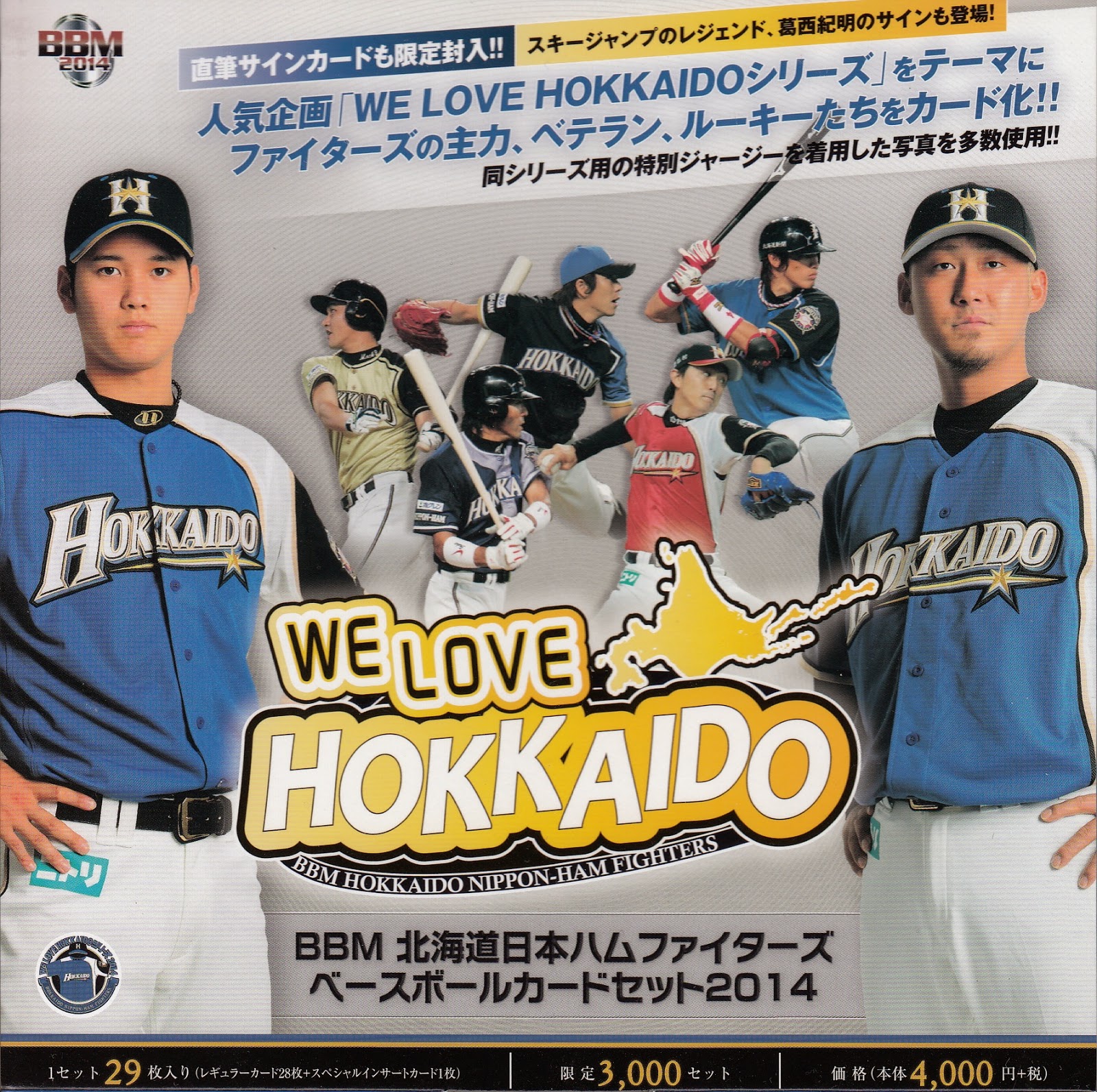 The Hokkaido Nippon Ham Fighters do a promotion each year (I think) called "We Love Hokkaido" where they wear a special uniform for a number of games.  This year, BBM put out a box set in conjunction with the promotion.  Entitled "WE LOVE HOKKAIDO", it's a 29 card box set with 28 cards in the base set and any number of possible "special" cards - real or facsimile autographs or die-cut cards were among the possibilities.  As usual with this sort of thing, I picked up an opened box, so I just have the base set.

What I find interesting about this set is that it shows players wearing the uniforms used in previous year's promotions.  According to the inner flap of the box, players can be shown wearing the 2007 (dark blue with a black left sleeve), 2008 (black with a dark blue left sleeve), 2009 (dark purple(?) with a light purple "yoke" and left sleeve), 2010 (gold with a black left sleeve) and 2013 (red with a white left sleeve).  In fact, while the box shows players modeling the 2014 version of the uniform, none of the players are shown wearing it - I think this is because the cards were being sold at the same time as this year's promotion.

Beyond the photos, I think that this set has one of the more attractive layouts that BBM has done.  I'm not usually much for cards with no backgrounds but the dark background used here with an overlay of the silhouette of Hokkaido looks very good.  And the horizontal format is also very nice.  Here's some example cards showing each year of uniform (along with the 2014 regular uniform):


You can see all the cards at Jambalaya and Ryan had a good write up on the set as well.

BBM did a similarly themed set for the Hawks a few years back where they included cards of players wearing the annual brightly colored jerseys from previous years.