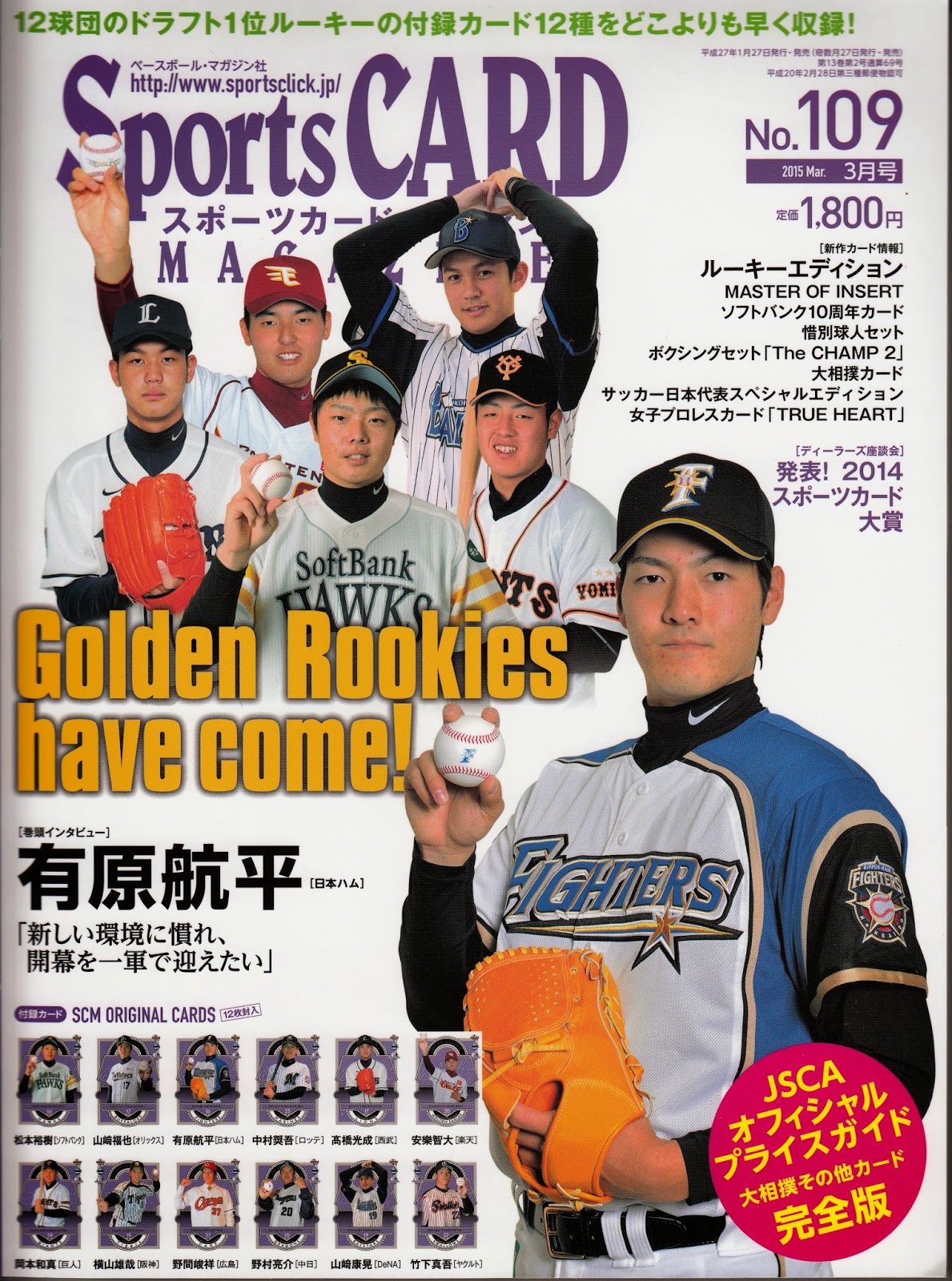 Sports Card Magazine #109 hit the newsstands Tuesday and I received my issue today.  This is probably the third issue in a row that is of limited value to the non-Japanese reading so I may start seriously reconsidering if I want to keep getting these (or finally start trying to learn to read Japanese).

I'll do a quick run down of the issue - the color section has an interview with newly drafted Fighters pitcher Kohei Arihara (formerly of Waseda), a two page article (plus a two page ad) for the upcoming Rookie Edition set, a two page ad for the new 2015 Sumo set, full page ads for the Master Of Insert, Softbank 10th Anniversary, Japan National (Football) team, and the True Heart women's wrestling sets and half page ads for the "Retirement" set and "The Champ" boxing set.  There's not a whole lot I recognize in the "newsprint" section of the magazine.  There's the usual checklists for the upcoming issues and checklists and price guides for the 2014 and later issues for all sports.  The magazine has a rotation for the older checklists and this issue has checklists for sumo and "other" sports (Japan Basketball League, bowling, Real Venus, etc).

Continuing with what they did last year, this issue includes 12 baseball cards.  All 12 are promo cards for the upcoming Rookie Edition set.  Having 12 cards works out nicely as it allows them to include a card of the top draft pick for each of the 12 teams.


Like almost all BBM issues, the promo cards distributed with Sports Card Magazines have possible parallels.  I got a silver facsimile autograph parallel for the Kazuma Okamoto card: