Card Of The Week February 22

I picked up a kind of odd item off of Ebay recently.  In 1999 BBM did a team set for the Yomiuri Giants that was distributed to subscribers of the Yomiuri Shimbun newspaper.  The set was apparently distributed in three card packs for six different series.  Each series had three "regular" cards and three "special" cards.  Engel describes the "special" cards as a parallel of the regular cards but this is not the case - the "regular" cards and the "special" cards have completely different checklists and don't include the same players.

The card I got off Ebay appears to be some sort of promotional item for the set.  It's of Daisuke Motoki and has information about Series 4 for the set.  It shows the front of the three "regular" cards from Series 4 - Domingo Martinez, Toshihisa Nishi and Koji Uehara.  Motoki is one of the "special" cards for Series 4 (along with Yoshinobu Takahashi and Masaki Saitoh) so I actually wondered for a little bit if this was the "special" card.  The fact that it is oversized (roughly 8 inches by 5 1/2 inches) kind of dissuaded me from that along with the fact that it has no card number (Motoki's card is #S12).  Then I found the real "special" card on Yahoo! Japan Auctions.  I wonder if this was some sort of advertisement for the set inserted into the newspaper. 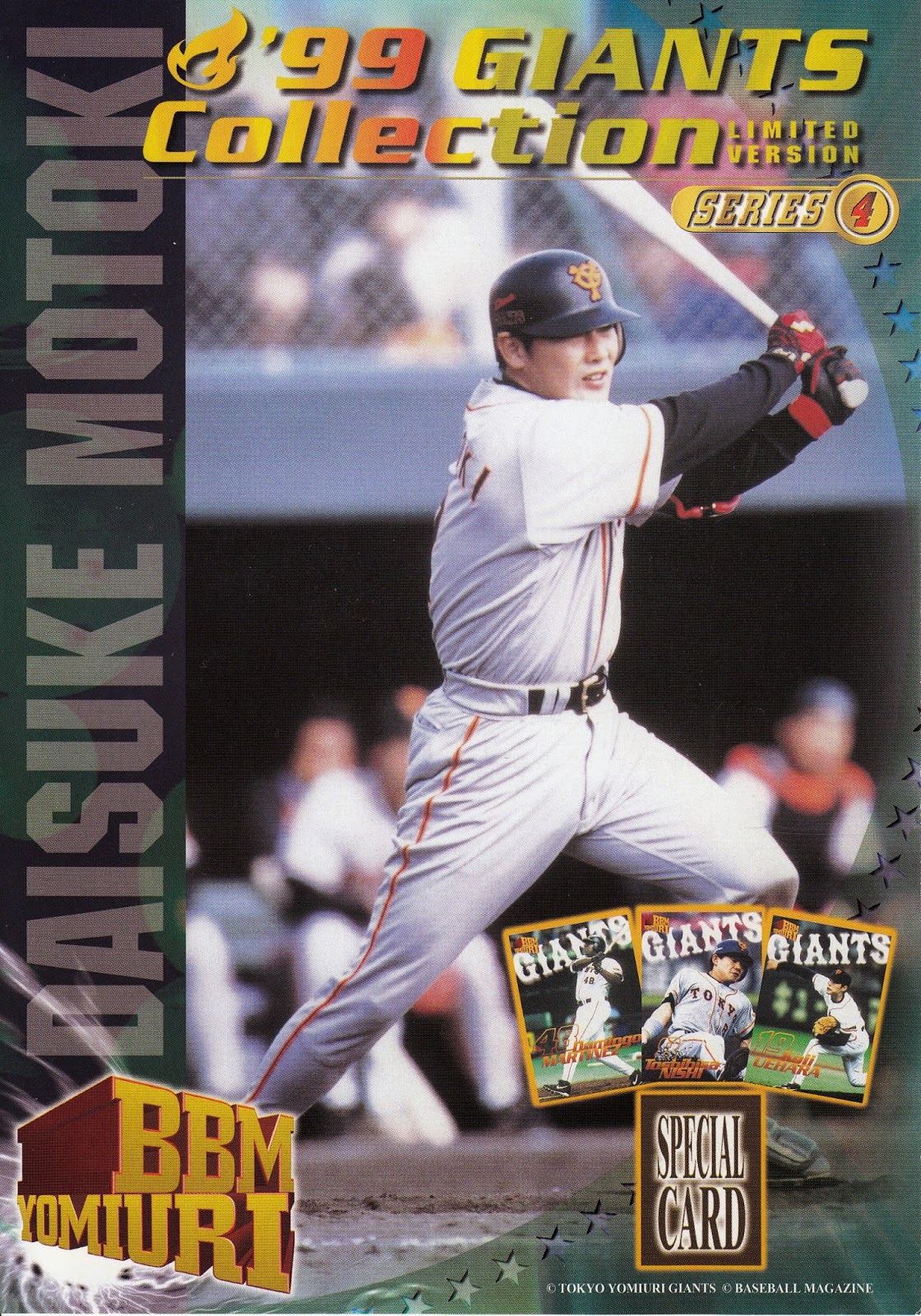 One thing I found interesting is that the back has an advertisement for another BBM set - the Shigeo Nagashima tribute set called "Mr. Giants". 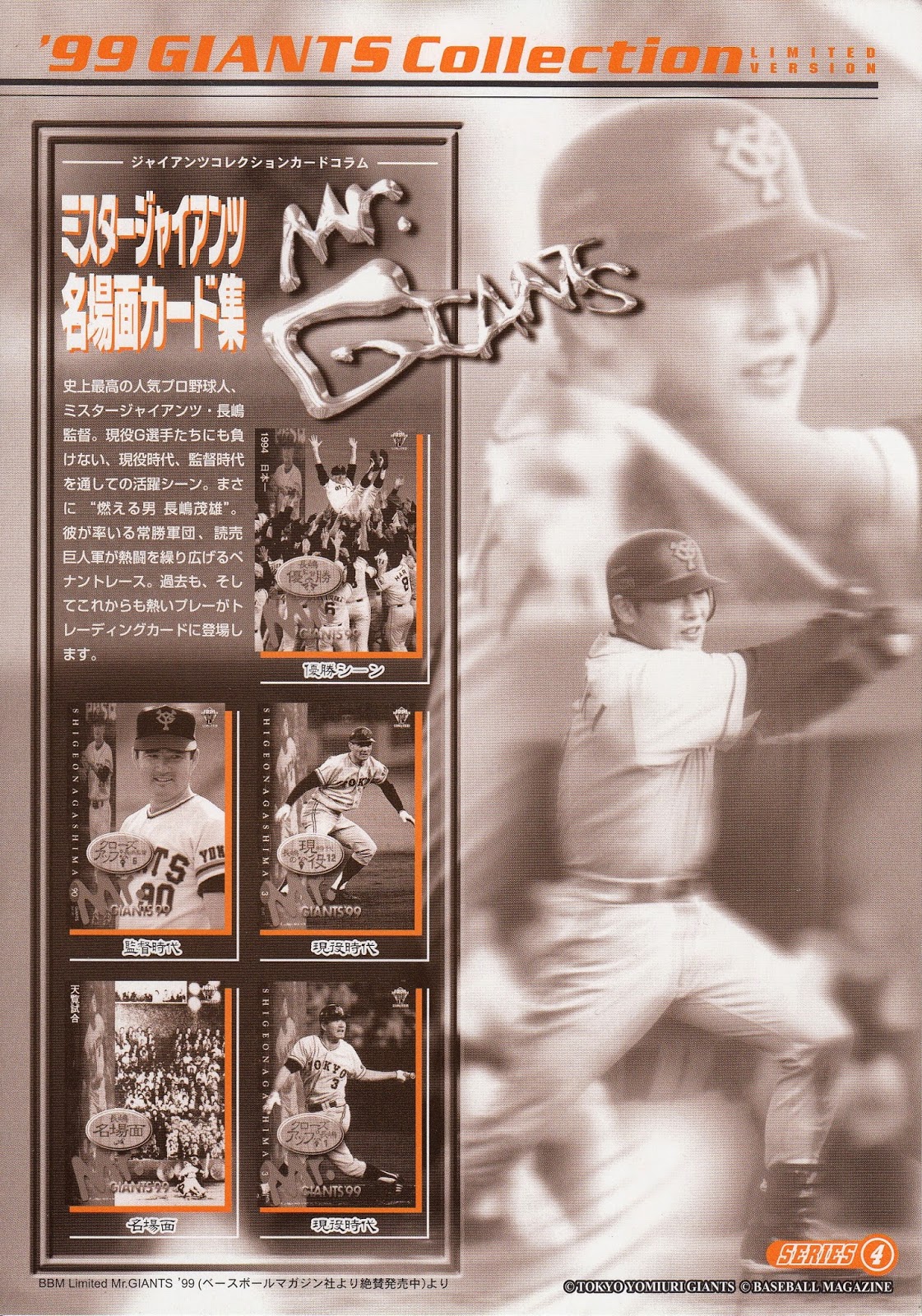 I'm going to take a guess that the card was part of the packaging for the cards. I'm guessing the cards were sandwiched between that and perhaps a piece of cardboard or stiff paper, and likely shrink-wrapped or bagged. The front image basically indicates that the three regular cards plus one mystery special card is inside. (The card could have been used in newspaper boxes or at newsstands instead.)

I think I've got cards from all of the Yomiuri series, but I haven't checked to be sure. They're certainly not too easy to come by. The oversized card you have is probably even more rare - if it came with every set the print run would be the same, but most might have been tossed as packaging material.

I'm curious - is it thick like a normal card?

It's thinner stock than a normal card. I had wondered if it was an ad from a newsstand or newspaper box but I'd expect something like that to have a blank back.