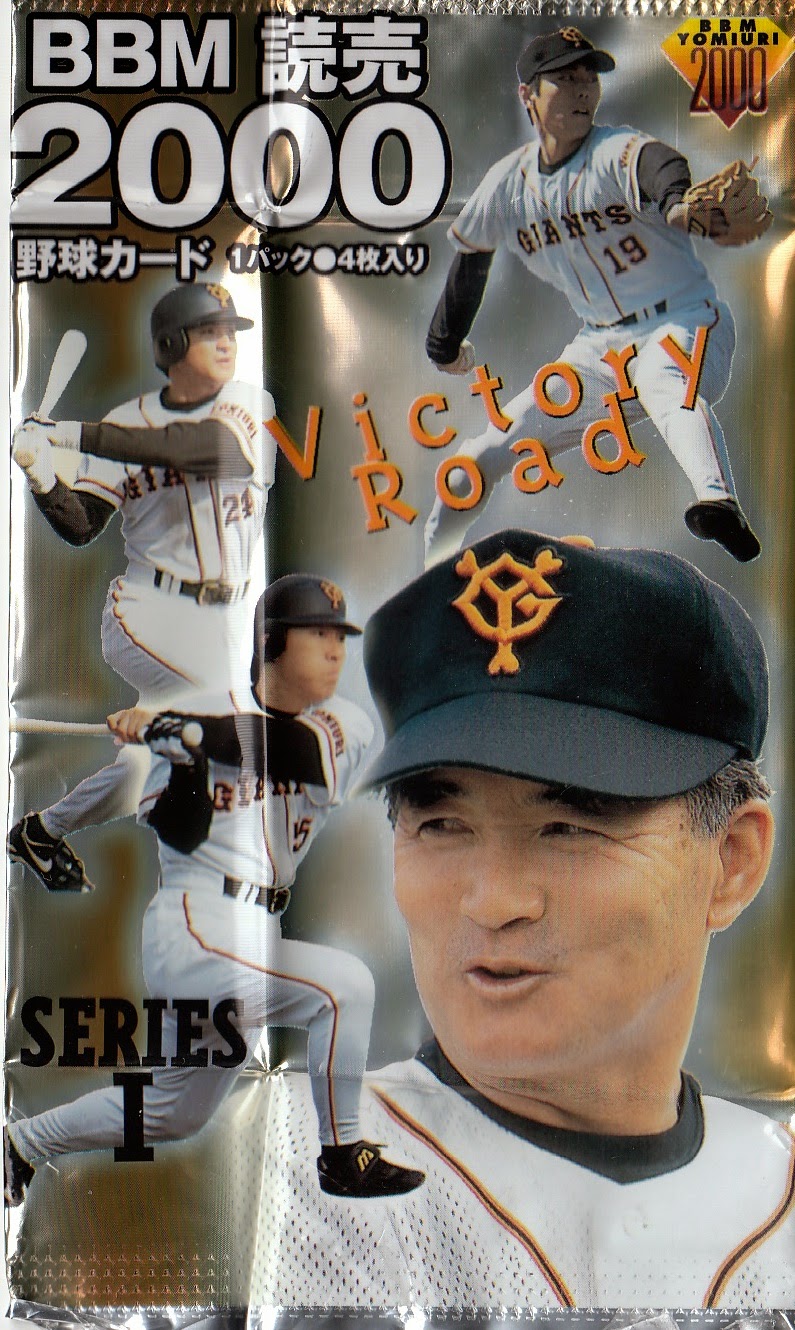 I did a post the other day about a promo card for a set that BBM did for the Giants that was distributed to subscribers of the Yomiuri Shimbun newspaper in 1999.  I don't know a whole lot about that particular set but I do have a similar set that BBM did in 2000.

This set was distributed to the newspaper subscribers in six four card packs that were labelled Series I, Series II, etc up to Series IV.  Each pack for each Series contained the same four cards (i.e, Series I contained cards 01-04, Series II contained 05-08, etc) although there was the possibility of parallel cards.

I picked this set up in unopened packs off of Yahoo! Japan Auctions a few years back but I didn't get any of the parallels though.
Posted by NPB Card Guy at 9:17 PM