Card Of The Week March 1

It didn't occur to me until the other day but with Norihiro Nakamura retiring a few weeks back, there's now a new active home run leader in NPB.  Nakamura had been the active leader with 404 home runs.  I was a bit surprised to discover that the new active leader is Michihiro Ogasawara of the Dragons with 378 home runs.  Nobuhiko Matsunaka of the Hawks is second with 352 and Shinnosuke Abe of the Giants (who was the player I expected to be the active leader) is third with 346.  Both Ogasawara and Matsunaka have been playing very sparingly the last few years due to injury and age and it's not out of the question that Abe could be the active leader by the end of 2015, especially now that he's moved to first base full time.

Here's a card of Ogasawara from back when he was just starting out with the Fighters (1999 Calbee #239 gold signature parallel): 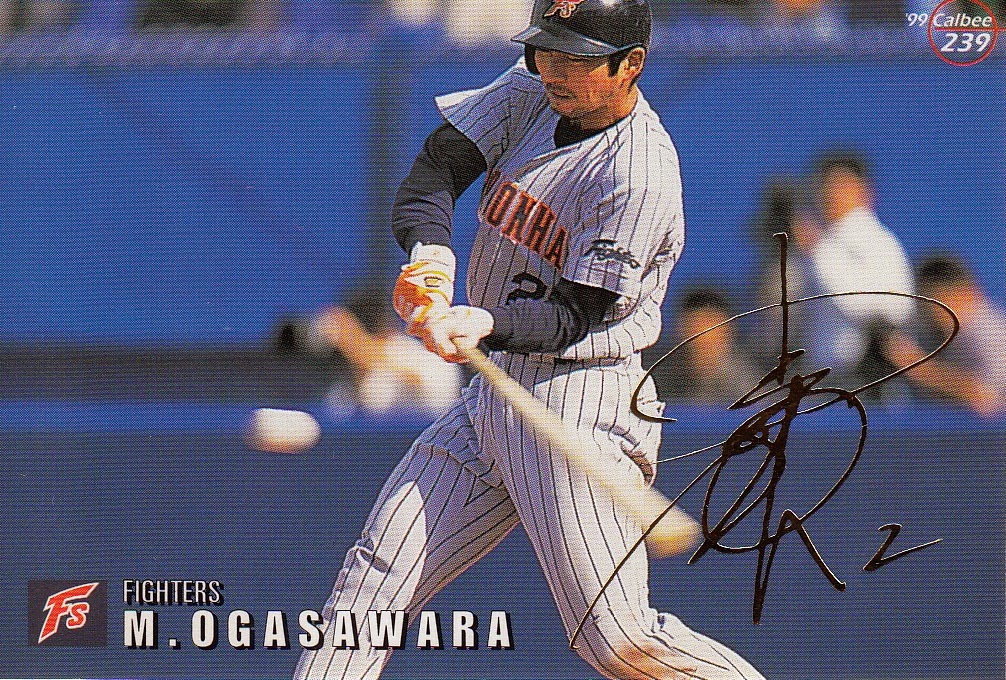 Here's the active home run leader boardt from NPB's website - I think it's kind of odd that they still list Takashi Yamasaki and Kenta Kurihara even though they both retired at the end of 2013 and they have the 2014 totals for everyone.
Posted by NPB Card Guy at 4:46 PM