Card Of The Week December 23

As I've previously mentioned Shota Imanaga of the Baystars is spending much of this offseason in Australia pitching for the Canberra Cavalry.  Yesterday he threw six perfect innings against Geelong-Korea while striking out seven in a game that Canberra won 6-0.  The Cavalry's pitching staff only gave up one hit the entire game - a single by Han-Gyeol Joh in the seventh inning off Imanaga's DeNA teammate Yuki Kuniyoshi.  You might be less impressed with Imanaga's outing if you knew that Geelong-Korea was having an absolutely miserable season - after today's loss they are now 4-20 on the season*.  However Imanaga is having an outstanding stint Down Under.  This start against Geelong-Korea was his fifth of the season and he actually had his fewest strikeouts in this game (his previous totals were 10, 10, 9 and 8).  He's 3-0 in those five starts, having struck out 44 batters in 29 innings.  He's only given up 13 hits, two earned runs and one walk in those 29 innings.

*The ABL added two new teams this year and the established teams have been feasting on them - the Auckland Tuatara, the other new team, is 7-16 but three of those wins came against Geelong-Korea.  The other six teams in the league are all over .500. 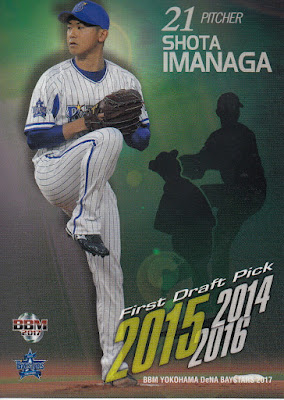