I picked up the new BBM Hawks 70th Anniversary set the other day. It's a very cool set.

A little history on the Hawks: According to Japan Baseball Daily and their Wikipedia article, the Hawks started paly in 1938 as simply Nankai, named for the company that owned them. Their name changed a couple of times in the next few years to Kinki Nihon and then Kinki Great Ring until it settled on the Nankai Hawks in 1947. The Hawks joined the Pacific League when the two league system started in 1950 and won 10 league championships and two Nippon Series in the next 25 years. They played their home games in Osaka Stadium.

The OB players include most of the greats from Hawks history - Tadashi Sugiura, Hiromitsu Kadota, Kazuto Tsuruoka, Yutaka Enatsu, Joe Stanka, and Koji Akiyama as well as current MLB players Kenji Johjima and Tadahito Iguchi. Noticeably missing from the set, however, is Katsuya Nomura, who only hit something like 630 home runs for the Hawks between 1954 and 1977 as well as managing them from 1970 to 1977. The omission is really my only quibble with the set. 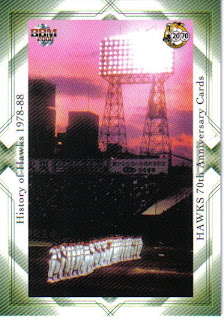 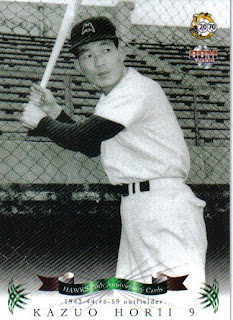 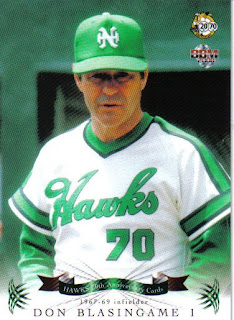 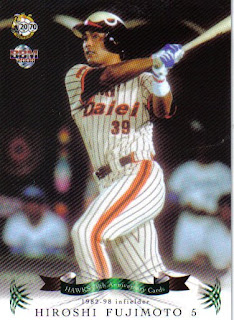 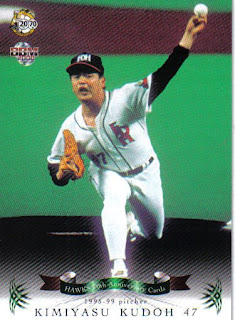 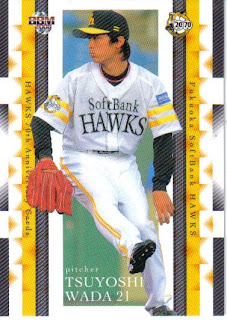 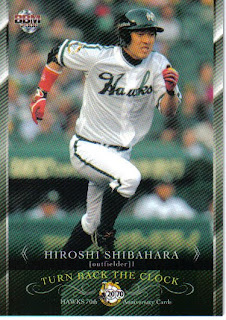