Arihito Muramatsu of the Hawks retired at the end of the season. Muramatsu had been drafted by the Hawks in the "1991" draft (which took place in autumn, 1990, of course). He didn't play much at the ichi-gun level until 1995 when he hit .308 in 95 games. He was pretty much a regular for the Hawks then until after 2003 when he left as a free agent for the Orix Blue Wave. He remained with Orix through the merge with Kintetsu in the winter of 2004-05 until he was traded back to the Hawks following the 2008 season.

Here's a smattering of cards covering his career: 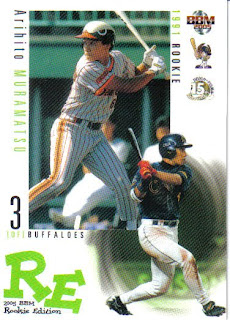 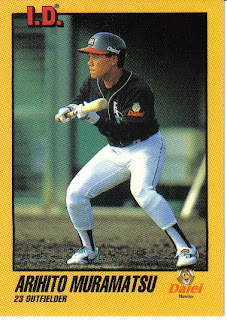 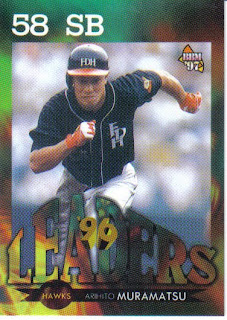 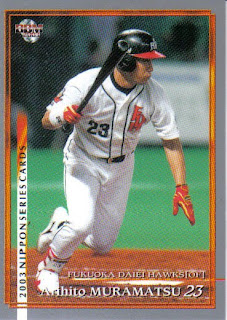 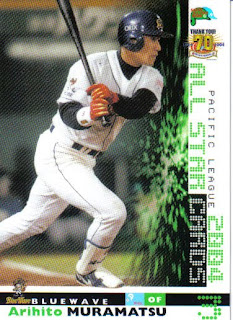 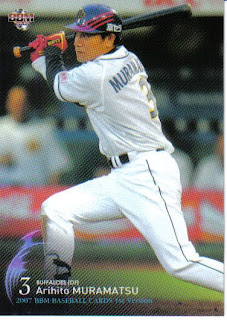 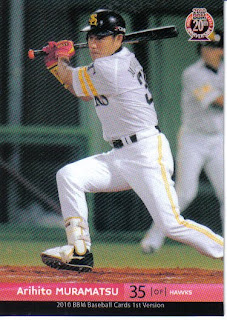