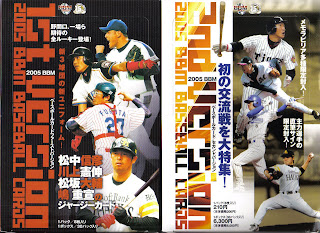 Let's try a slightly different approach to this...

Other notable sets for 2005 were a box set featuring the newest NPB team - the Tohoku Rakuten Golden Eagles (that included cards for the team's owner and GM) and a pack based Hanshin Tigers 70th Anniversary set. The "Historic Edition" set was called "Glorious Stars".

Here's a list of the sets for the year: 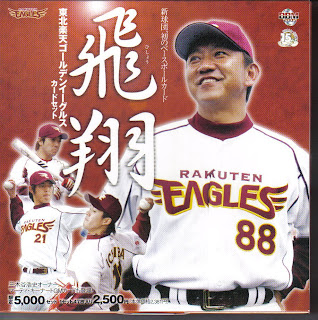 Shown at the top of the post are the 1st and 2nd Version sets. At the bottom of the post is the Eagles box set.

UPDATE: I neglected to mention that Gary Engel's "Japanese Baseball Card Checklist And Price Guide" was the source (as usual) of most of this information.
Posted by NPB Card Guy at 9:24 PM