The Dodgers signed two amateur Japanese players to minor league contracts last week, Kazuya Takano out of Buntoku High School and Kazuki Nishijima out of Meiji University. Since Meiji is in the Tokyo Big Six league, I took a quick look to see if he showed up in any of the sets BBM has produced since 2008. It turns out that he's in three of them: 2008 Spring Version (#12), 2010 Spring Version (#01) and 2010 Autumn Version (#13). Here's the cards in chronological order: 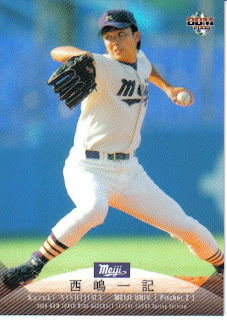 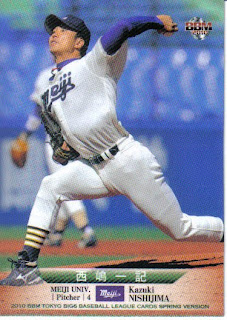 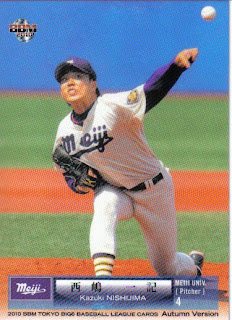 Deanna has more information on him here, along with some pictures.
Posted by NPB Card Guy at 7:38 PM