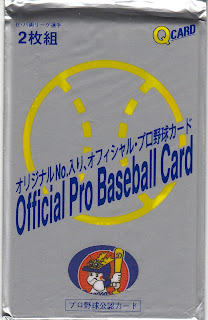 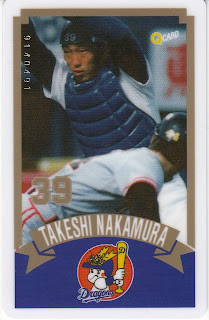 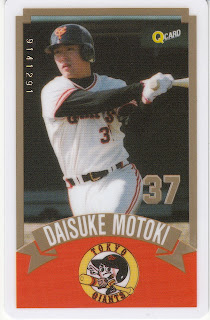 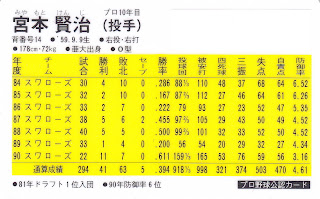 I think these cards are pretty rare - I don't see them up on eBay very often.  In addition to the 120 card set, Q Card also issued a 62 card set for the 1991 All Star teams - exactly the same size as the BBM set and featuring the manager and coaches as well as the players.  These are the only two sets the company ever produced.
Posted by NPB Card Guy at 9:41 PM

These remind me a lot of the similar cards issued in Korea in 1992. Plastic, phone card-sized, and discontinued.

There were some similar Taiwanese cards in the early 90's as well.

I wonder why phone cards, or at least cards with licensed properties, never caught on in the US? I'm guessing because of the lack of a public phone infrastructure with card readers. Seems we missed out. Lots of countries seem to have a thriving collectors market for the things.