There will be an "Ask Me Anything" with former Nankai Hawk and Chunichi Dragon Carlton Handa this weekend on the NPB Reddit page.  It is scheduled for 11 AM Japan time on Monday September 8.  This will be Sunday evening in the US - 10 PM on the East coast and 7 PM on the West coast.

Handa was born in Hawaii and attended the University of Houston.  He played for the Hawks from 1958 to 1961 and spent 1962 with the Dragons.  He went by the name "Haruo" when he played in Japan - I'm guessing someone will ask him why next week.

I thought I'd share the one card I have of him from the 1959 Doyusha Game Set: 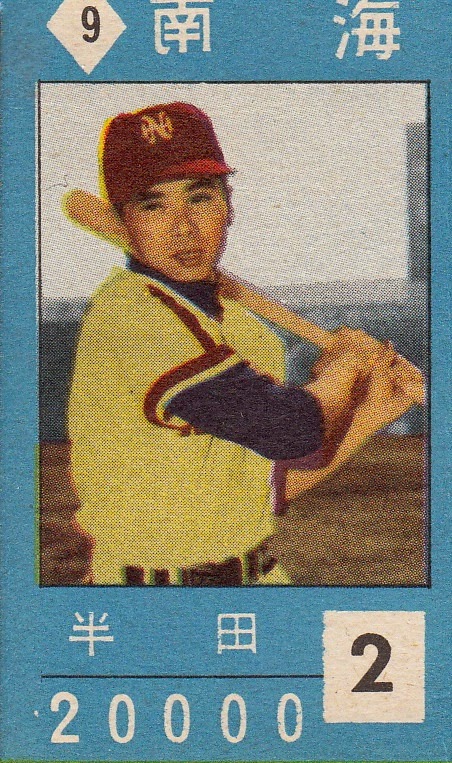 I'm not sure how many other cards he had.  He's had at least one menko card and one bromide card.  He does not appear in any of BBM's historic sets.  It'd be nice sometime if BBM did a set that included some of the nisei players who played in NPB in the 50's like Handa, Wally Yonamine, Andy Miyamoto, and Satoshi "Fibber" Hiyama.
Posted by NPB Card Guy at 5:33 PM