I did a post the other day on the 80th Anniversary Best 9 team that NPB announced a few weeks back.  That Best 9 team did not include a DH even though the PL has been picking a DH for their annual Best 9 team since 1975, or roughly half the 80 years there has been professional baseball (and an even higher percentage of years with Best 9 awards which started in 1940 although they were not awarded again after that year until 1947).  By very unscientifically eye-balling the list of award winners, I think the player who has been named DH on the PL Best 9 team the most is Hiromitsu Kadota with four times.  Here's his 1992 Calbee card (#43) (which I believe is his last Calbee card, at least as an active player): 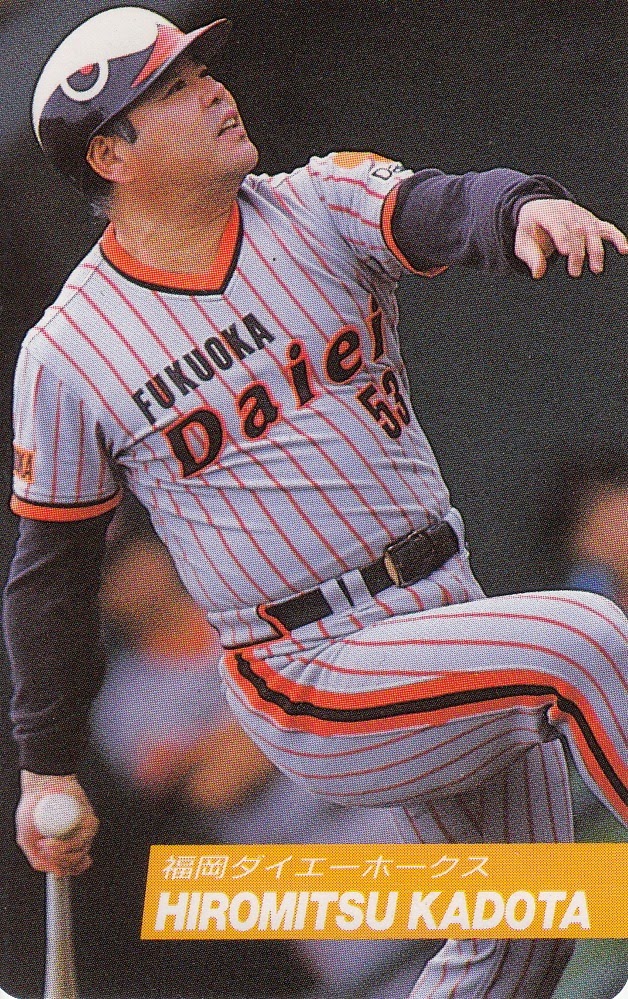