Card Of The Week July 15

It was All Star Weekend the past couple days when NPB put on their All Star games.  Thursday was the Fresh All-Star Game which is the All Star game for the farm teams.  Friday and Saturday were the games that everyone thinks of when they hear "All Star Game".  Friday's game was in Osaka at the home of the Buffaloes and was won by the Pacific League 7-6.  Saturday's game was played in Kumamoto and was also won by the Pacific League, this time with a score of 5-1.

Each player has three minutes to hit as many home runs as he can.

Yoshida kicked things off with an impressive outing in his home ballpark on Friday, hitting 12 home runs to easily outpace Yamada who only had five.  Tsutsugoh easily defeated Nakata as well, 9 to 2.  In the day's final Yoshida again put on an impressive display with another 10 home runs but Tsutsugoh blew him out of the water with an amazing 14 to take Friday's crown.  Tsutsugoh followed the performance up with a home run during the actual game as well.

Here are the videos for both day's Derbys: 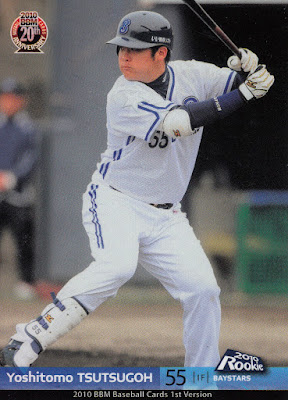