Card Of The Week September 16

I was at an Orioles-Red Sox afternoon game a couple months ago and as I was coming into the ballpark from the Light Rail station at Camden Yards I noticed a someone wearing a familiar looking uniform but not one you see in Baltimore very often - there was a guy wearing a Samsung Lions jersey.  I stopped to talk to him for a minute - he was surprised someone recognized the uniform and knew anything about the team.  The guy was gracious enough to let me take a couple pictures - I knew Dan Skrezyna would get a kick out of it: 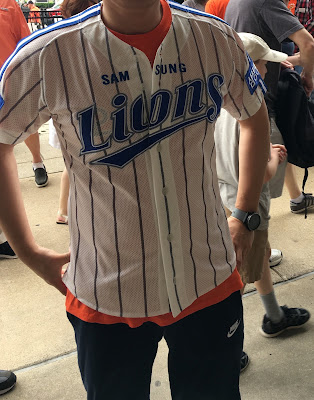 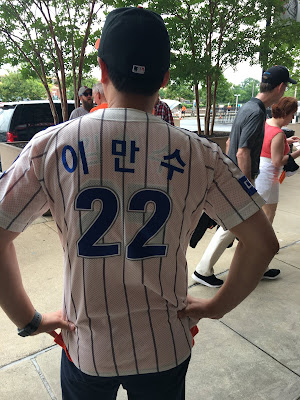 Dan pointed out to me that the jersey was for Man-Soo Lee who had played for the Lions from 1982 (the KBO's first season) to 1997.  Lee was the KBO career home run leader when he retired although he has been passed by a number of players in the 20+ years since he retired.  He coached in the US minor leagues for a couple years after he retired (Kinston in the Indians organization in 1998 and Charlotte in the White Sox organization in 1999) before becoming the White Sox bullpen coach from 2000 to 2006.  He managed the KBO's SK Wyverns from 2011 to 2014. 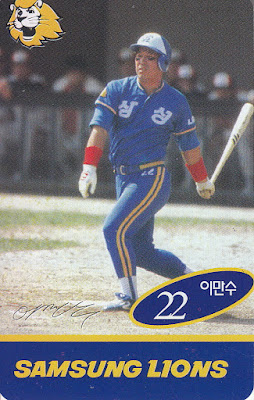