I got a message on Twitter from Steve Smith after my post the other day about the Samurai Japan team at the Women's Baseball World Cup.  Steve wanted to point out that I had missed a player involved in the Cup who had a baseball card - Shae Lillywhite of the Australian team.

Lillywhite had spend a couple years playing the JWBL in Japan for South Dione (which now goes by the name Aichi Dione) and had at least a couple baseball cards issued by AIAIO.  Here's the photos of the cards that Steve sent me: 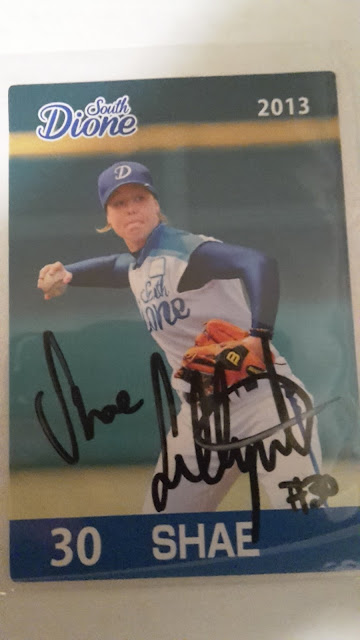 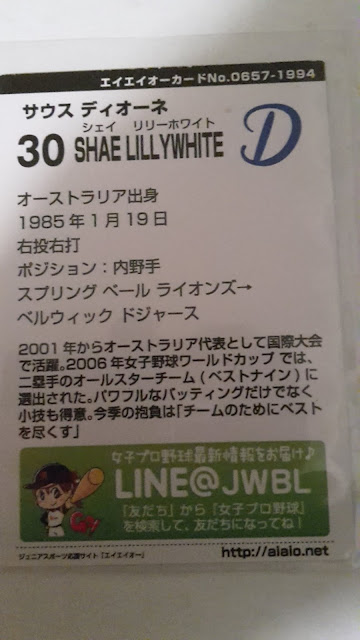 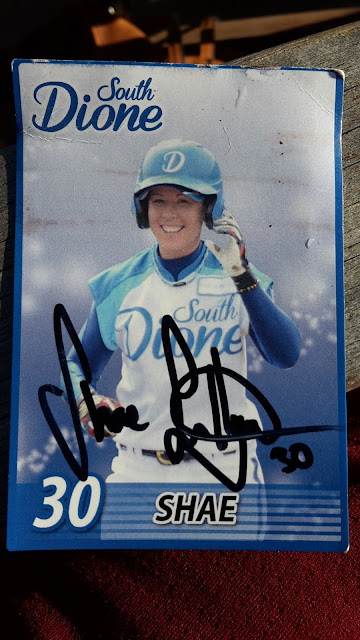 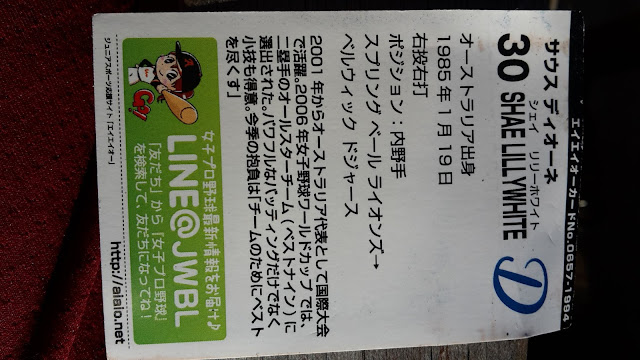 Steve is from the Melbourne, Australia area and belongs to the same baseball club as Lillywhite.  She gave him the first card.  The second card is one that she gave to a friend of Steve's.  Steve's friend keeps it in her purse which accounts for the card's condition.

I didn't really understand what Steve meant by "baseball club" so I asked him for an explanation.  He said that since there's no high school or college baseball in Australia baseball is organized around local clubs.  His particular club has "juniors (11-17), seniors, women, & masters (over 35 years). Melbourne has approx. 35 clubs that play against each other in different grades.  The best local club players make up the ABL teams."

There's a lot of continuity to these clubs -"Fathers can play with sons (or daughters) & you could play for the same club from juniors thru to masters. My coach has played for the club for approx 46 years, with his father, & his son (who also played for Brockton in the Can-Am League) & daughter (who happens to be the Australian Women's team manager) [which would be Simone Emma Wearne]."

Thanks for sharing the photos of the cards, Steve and thanks for the information on club baseball in Australia!
Posted by NPB Card Guy at 2:04 PM