Card Of The Week March 10

After losing to Mexico 4-2 yesterday, Samurai Japan shutout the visiting Mexicans 6-0 today in the final game of the two game "friendly" series played in Osaka this weekend.  Masataka Yoshida of the Orix Buffaloes was the big star for Japan.  He knocked in one of their runs and scored the other one yesterday.  Today he came up in the bottom of the first inning with the bases loaded and proceeded to unload them:

He added a sacrifice fly later in the game so he ended the day with 5 RBIs.  He ultimately knocked in six of the eight runs Samurai Japan scored over the two games. 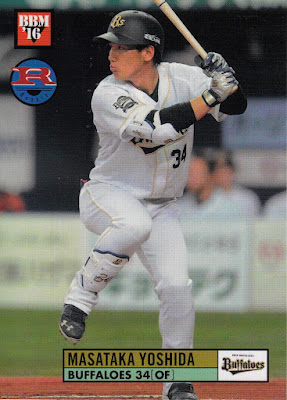