Card Of The Week December 17

It was announced this past week that another Japanese player would be heading to the Australian Baseball League - Kenshi Sugiya of the Hokkaido Nippon-Ham Fighters will be joining the Brisbane Bandits for the second half of the season.  The league will be off for the All Star break and Christmas this week but Sugiya is expected to join the team in their series against Adelaide starting on December 29th.  Sugiya joins the team when it appears that most of the other Japanese players in overseas winter leagues are heading home - Tomoya Mori left the Melbourne Aces a week early due to injury and him Lions and Aces teammates Kona Takahashi and Shunta Nakatsuka will be heading back this week after the All Star game on WednesdayThursday.  Louis Okoye left his Mexican Pacific League team a few weeks ago and I think that Tomo Otosaka is done as well - not sure about Luciano Fernando.

I'll be curious to see if Sugiya stays with the team all the way to the end of the season.  The Bandits' last game is January 27th, just a couple of days before the Fighters open spring camp on February 1st.  And the Fighters are again sending the main part of their team to Arizona for the first two weeks of February and Sugiya has gone with the team each of the last two years.  Another thing to consider is that the ABL post-season will potentially go the first two weekends of February.  Brisbane currently has the best record in the league.  Either Sugiya's going to miss the ABL playoffs or he's going to miss spring camp (or Brisbane's going to not make the playoffs but that seems unlikely - especially since the ABL's new playoff format has four of the six teams making the postseason). 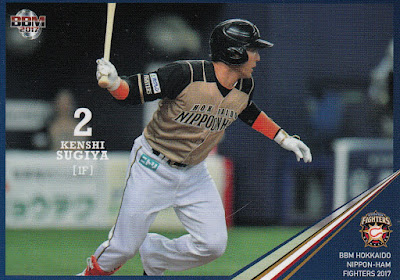