Card Of The Week February 18

There was a news story about a month ago about a researcher in southern Florida discovering several previously unknown varieties of wasp.  He decided to name one of them "Diolcogaster ichiroi" for Ichiro Suzuki, who has spent the last couple seasons in southern Florida playing for the Marlins.  He's currently a free agent and it's still up in the air if he's going to play in MLB or NPB this coming season.  I last heard a rumor that he was talking to the Rockies but I haven't heard anything more on that since last week. 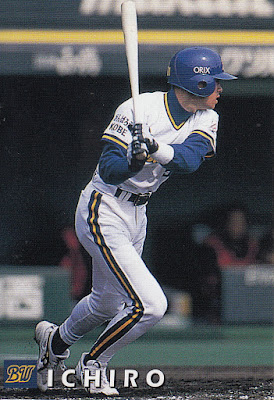 I hope he signs another contract. I think he has a few years left in him.