The NPB draft was held today and as usual Deanna live blogged it.  With cards for the Japanese Collegiate All Star teams from 2018 and 2019 being included as an insert in both the 2019 and 2020 editions of Panini's USA Baseball Stars & Stripes set respectively there are already cards available for ten of the players drafted.  These cards are all serially numbered autograph/memorabilia cards (plus some non-memorabilia cards from 2019).  I only have cards of three of the guys drafted today (and only one of those is an autograph/memorabilia card) but I swiped images from COMC and Ebay of the other seven players. 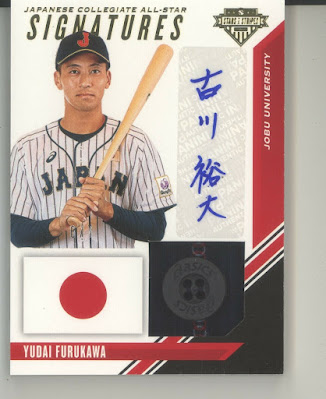 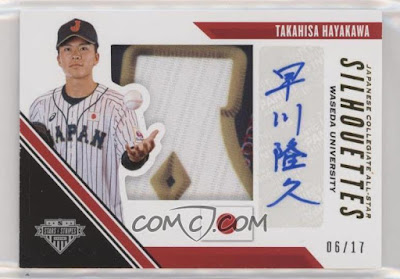 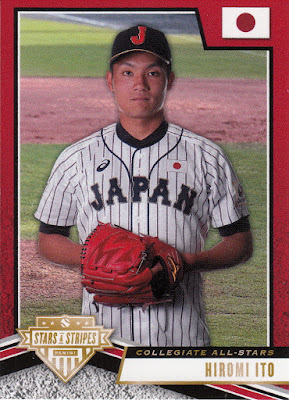 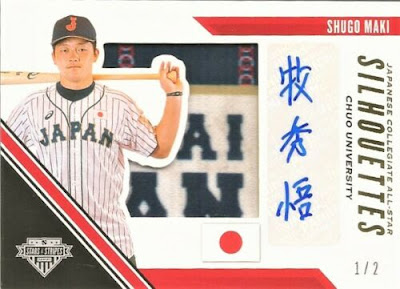 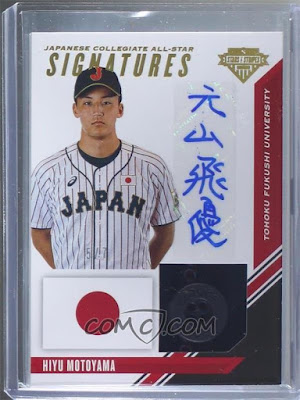 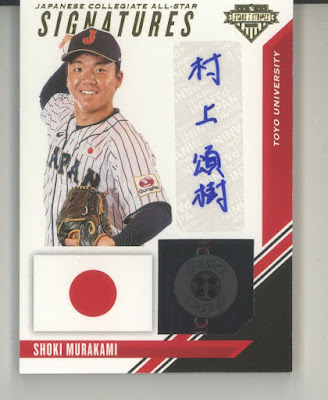 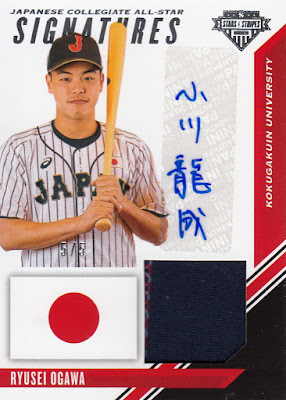 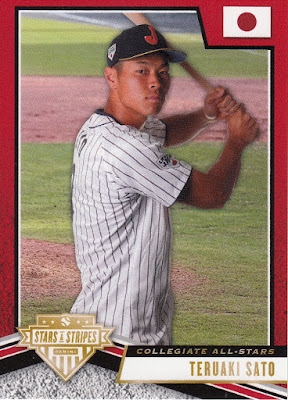 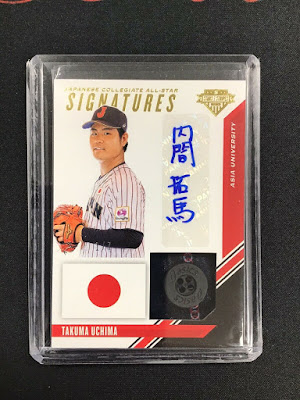 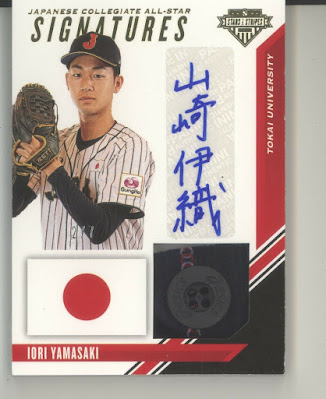 Satoh's cards are from the 2019 set while Itoh is in both the 2019 and the 2020 sets.  All of the other players are from the 2020 set.  15 of the 24 players on the 2019 cards have now been drafted while 16 of the 2020 cards have been drafted (four of the five players who appear in both sets have now been drafted as well).
The three cards that are mine are the Itoh, Ogawa and Satoh cards.
One other draftee of note - Daiki Ishii of the Shikoku Island League's Kochi Fighting Dogs was the eighth pick of the Tigers.  I think he was the last player taken in the "regular" (non-ikusei) part of the draft.  Ishii was a member of the Shikoku Island League All Star team that played in the Can-Am League last year.  He's the third member of the All Star team to get drafted following Junichiro Kishi (Lions #8) and Hayato Hirama (Giants ikusei #1) last year.
One last note - somewhat surprisingly former MLB pitcher Junichi Tazawa was not drafted by anyone.  He is 34 years old and hasn't pitched particularly well in a number of years but still it was a bit of a shock no one took him.  I don't know if this now means he's free to sign with any team or not.
Posted by NPB Card Guy at 8:46 PM