A few weeks back I saw an auction on Yahoo! Japan Auctions for a lot of about 150 Hanshin Tigers cards, mostly from BBM but there was a handful of cards from other companies.  The only card I was interested in was a 1978 Yamakatsu JY 6 card of Koichi Tabuchi, the final card I needed to complete that set.  I was on the fence if I wanted to spend the $35 or so the auction would have cost just to get the one card.  But suddenly I realized that I knew the seller of the auction!  It was Larry Fuhrmann, who with Marty Kuehnert helped start the modern Japanese Baseball Card Hobby.  I sent Larry an email asking about the card and he ended up selling me one for $10 including shipping.  The card showed up in the mail today and it's a beautiful thing: 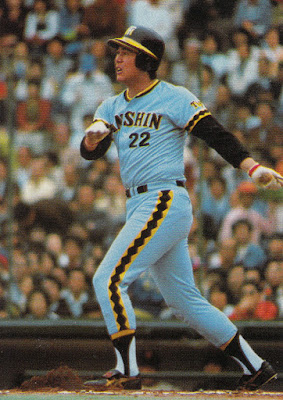 I've been down to needing just one card for this set for several years so it's nice to finally have it finished.  Frankly I should have asked Larry about it years ago.  It felt really good sliding it into the empty spot in the sheet that had been waiting for it for a while: 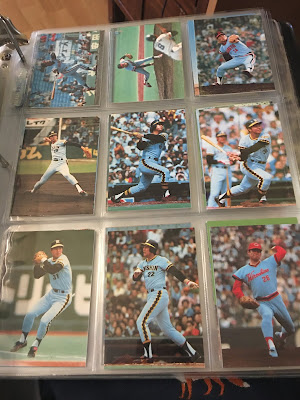 Woof, congrats on nailing down the card and finishing the set.

Congratulations on completing this set.

Awesome to see them all together in that binder, congratulations!