Baseball manga artist Shinji Mizushima passed away last week at the age of 82.  Mizushima had written a number of baseball manga over the years, most notably Abu-san and Dokaben.  His stories followed his characters from high school to professional baseball and often interacted with real life players.

I've never read any of his manga or see any of the anime or live-action adaptations but I've come across a couple baseball cards featuring his work.  The 1999 BBM Lions 20th Anniversary set included a card of Dokaben protagonist Taro Yamada as a Lion (#SL29): 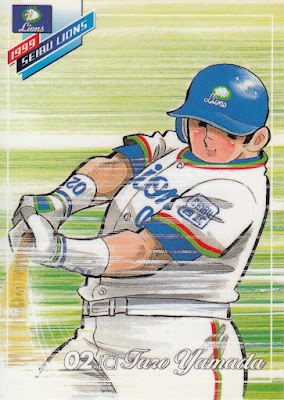 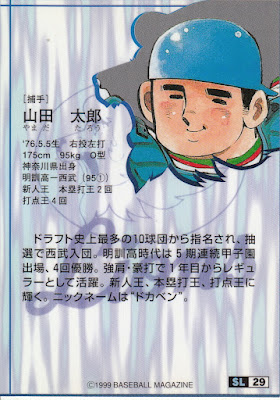 The 1998 BBM Hawks set included a card of Yasutake Kaguera (#FD74), the main character from Abu-san: 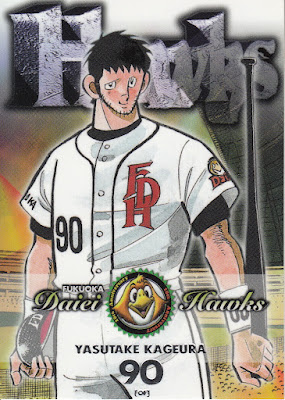 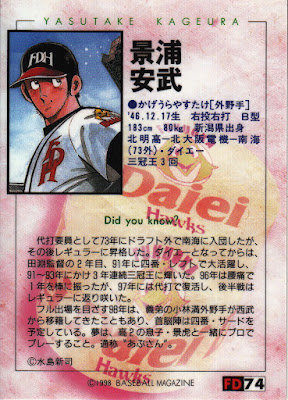 Kaguera's uniform number 90 has been "retired" for the Hawks although they did allow Robert Suarez to wear it during his time with the team.  I was kind of amused when I was at a Hawks game in Fukuoka back on my trip in 2019 to see someone in the stands wearing a jersey for Kageura: 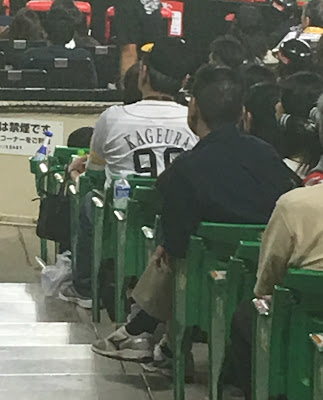