Today was draft day in Japan and as always, Deanna at Marinerds and Gen at Yakyu Baka were all over it - Deanna apparently staying up all night to cover the action as the draft started at around 1 AM Pacific Time.  While all eyes were on Shohei Otani and would anyone draft him despite his announced intention to go directly to the US (only the Fighters), there were a couple Tokyo Big Six players taken so I'll do my annual list of the existing cards for the drafted players.

All the sets listed are from BBM.  I'm only listing the regular cards here as I don't have a complete list of the insert cards from the Tokyo Big Six sets. 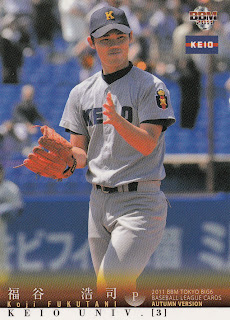 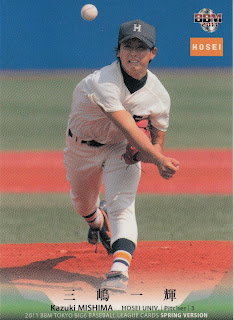 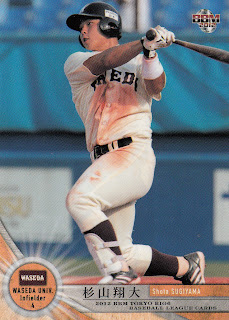 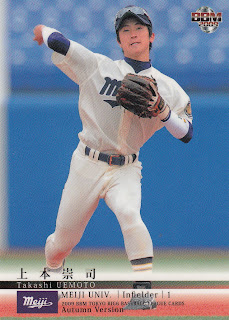 It's possible that there's some former Tokyo Bix Six players who were drafted out of either the independent leagues or the industrial leagues today but I don't recognize anyone off hand.
Posted by NPB Card Guy at 5:20 PM