There's a great blog out there called Cards That Never Were that creates custom cards using old card designs.  What I mean by that is that the guy behind it will create cards that he felt were missing from classic card sets, usually Topps.  For example, he recently had a series of posts regarding Chris Short, a Phillies pitcher from the 1960's who was missing from the pre-1967 Topps sets.  He created cards of Short for the 1959-1966 Topps sets.

I've known about his blog for a while but I just discovered the other day that he had done a custom card for Frank Howard in the style of the magenta bordered 1975/76 Calbee cards.  (Howard had signed with the Taiheiyo Club Lions in 1974 but got injured in his first at bat on Opening Day and retired.)  It's a cool looking card but I'm going to nit-pick it for a couple of reasons.  The first is that since Howard did not play in Japan in 1975 or 1976, he would not have had a card in the 1975/76 Calbee set.  The second reason is that Howard actually had two cards in the 1974/75 Calbee set.  In fact, the picture used in the custom 1975/76 card is from one of those cards.

I don't have any of the Howard cards, but I was poking around on Yahoo Japan Auctions and I found one of each card up for auction.  Here's the front and back of card #70: 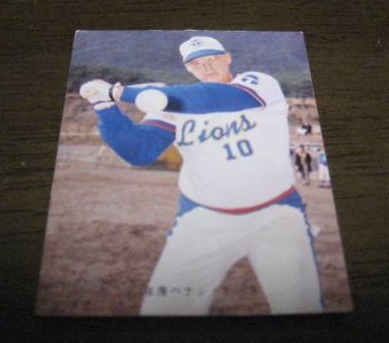 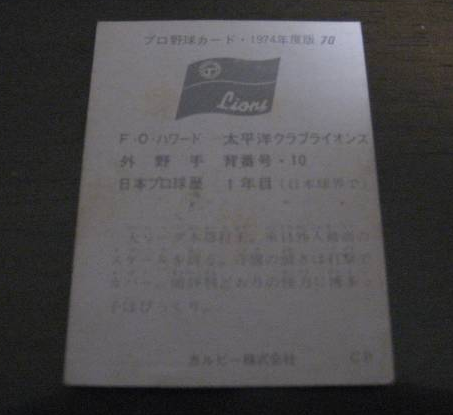 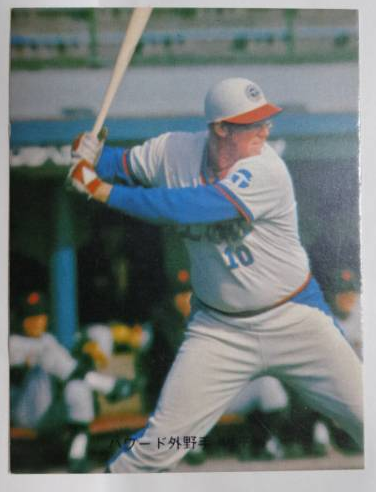 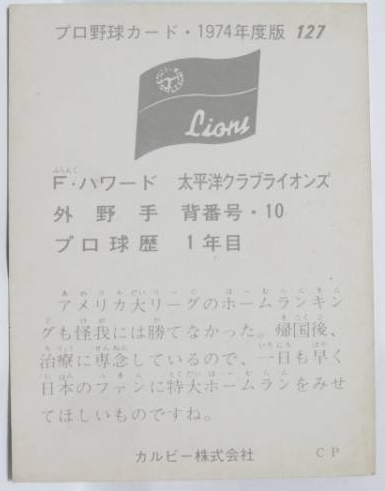 Wow, didn't realize Frank Howard cards could hit those levels, even for overseas asking prices. Think that's anywhere near what they could fetch or are sellers being overly optimistic?

Well, no one has bid on either card and in fact the auction for card #127 has ended and the card was relisted at 68000 yen. So, yeah, the sellers are probably being overly optimistic.