A previously unknown 1992 Calbee card was revealed to the public today.  Card #214 was of a late signing American player with the Dragons: 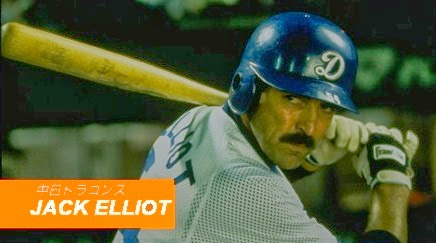 The discoverer of the card, Tommy Flanagan, stated that there was an entire series of Calbee cards featuring some little known Dragons players including Max Dubois, Yoji Nishimura and Uchiyama-kantoku but that the majority of these cards were lost.  "There was a flood, see, yeah, a flood and then I got robbed.  Yeah, robbed.  And me and my wife...Morgan Fairchild...chased after the robbers and when we were catching up with them, they uh...burned the cards to destroy the evidence...yeah, that's what happened...that's the ticket."

I think I saw a stack of those at that card shop down the street last weekend. I should go pick them up and turn them for a profit!

I look forward to seeing your post on that. I feel, however, it probably won't be for another year...

That would be an awesome set to have, if only it was available on days other than April 1st!