During the first inning of yesterday's All Star game at Koshien, Fighters pitcher (and outfielder) Shohei Ohtani matched the all time NPB pitch speed record (held by Marc Kroon, then of the Baystars I think) of 162 kph (about 100 1/2 mph) twice.  Here's a video of the first time he did it - it's the second pitch in the video.  The first one was only 161 kph.

I find the NPB All Star games to be a lot more fun than the MLB one.  I think for the most part the players are pretty loose and just having a good time.  For example, in yesterday's game, Sho Nakata hit a ball to left that he thought was a home run but it stayed in the ballpark.  When he stopped at second on what turned out to be a double instead, he started doing pushups.  I don't think such a thing would have happened at the MLB game which has become a Very Serious Event in the last few years, because, you know, it means something.

A couple months back, Greg Dunn asked me if BBM had ever issued a card showing Ohtani both pitching and batting on the front.  At the time I didn't think they had but I later discovered (and obtained) this card from last year's BBM Young FIghters set (#YF01): 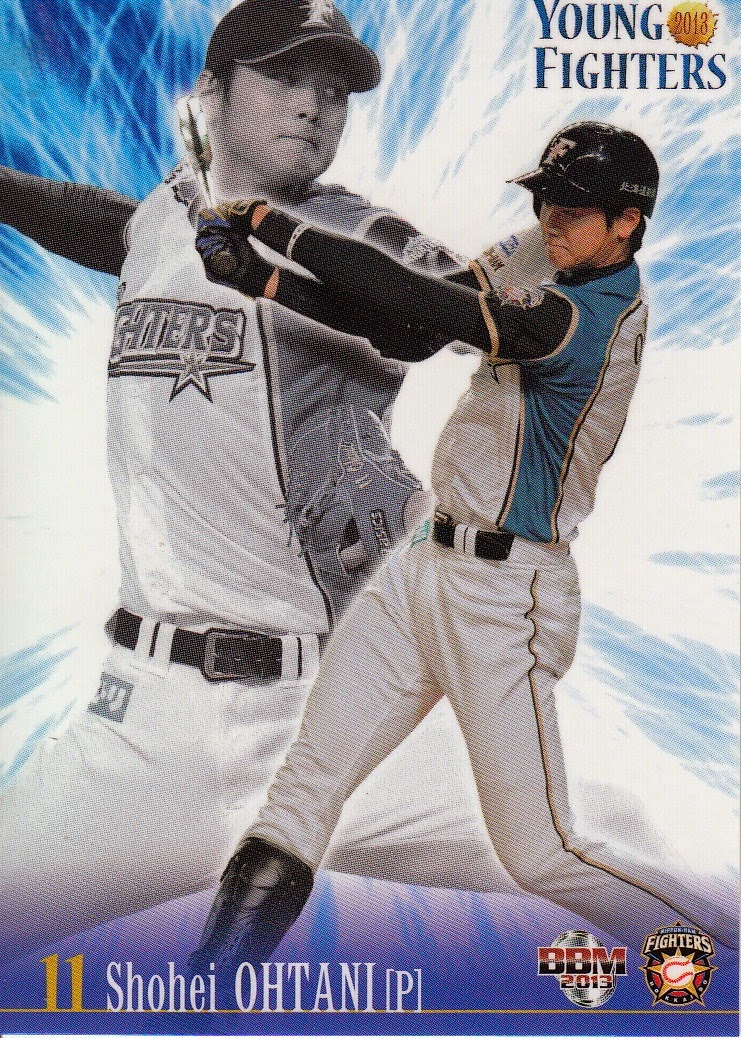