It was the first home run of Saitoh's career.  To add insult to injury, the ball landed in the middle of the Fighter's cheering section.  (I've been asked a couple of times if the Fighters fans threw the ball back onto the field - I don't know if they do that in Japan but I suspect not.)

This had been a pretty well hyped game as it pitted Yusei Kikuchi of the Lions against Shohei Ohtani o the Fighters (in his final pitching appearance as a teenager).  Neither pitcher factored in the decision although both pitched pretty well - Yusei gave up 1 run over six innings while Ohtani struck out 12, walked one and gave up two runs (only one earned) over seven innings.

Here's a card of Saitoh from the 2012 BBM Lions set (#L81) that celebrates his first career hit: 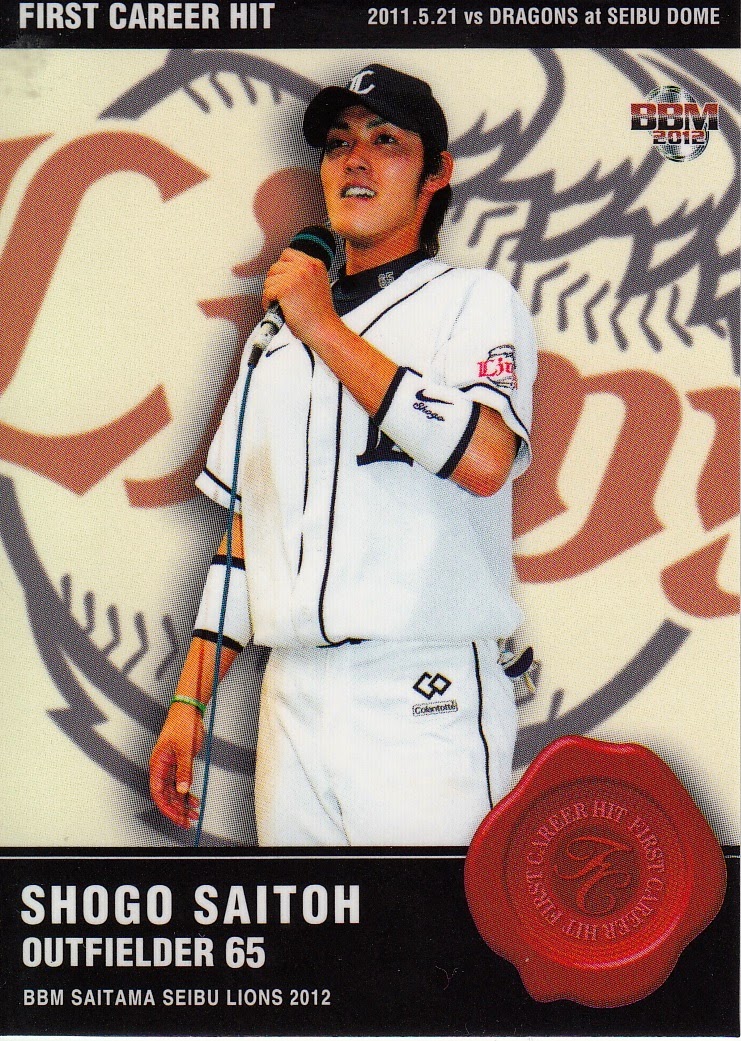