Card Of The Week August 10

Juzo Sanada was a star pitcher for the Taiyo Robins (aka Pacific in 1946 and the Shochiku Robins in 1950-51) in the years immediately following the war (during which he served in the Navy).  He threw two no-hitters and won a Central League record 39 games in 1950, leading the Robins to the inaugural Nippon Series (that they lost to the Mainichi Orions).  He was elected to the Hall Of Fame in 1990, a couple of years before he passed away.

As far as I can tell, Sanada has only appeared in three BBM sets - the 2006 Nostalgic Baseball set, the 2012 No-hitters set and the recently released 80th Anniversary Pitchers Edition set.  I have a couple cards of him from 1949.  Here's one of them, from the JBR 53 set: 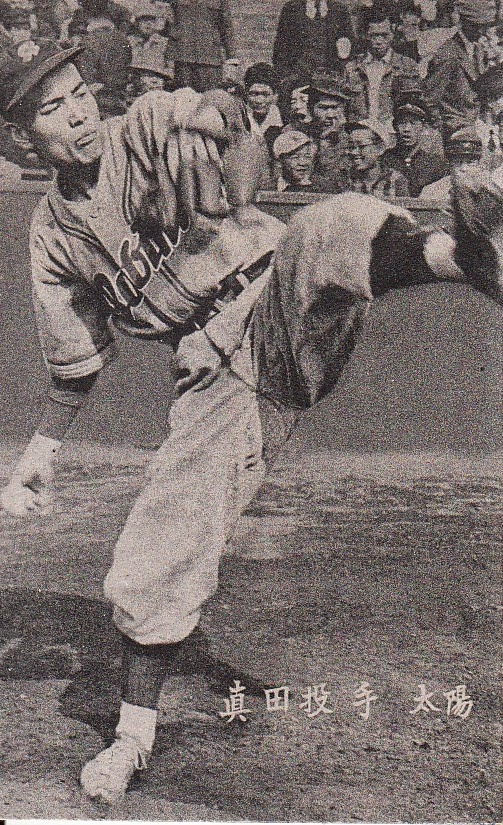 One of the things I really like about this card (other than showing off Sanada's leg kick) is the faces in the crowd behind him.  There's what looks like a couple kids in the front row enjoying themselves and a couple guys behind them that look kind of bored - the one guy is resting his head on his hand and the other appears to be yawning.
Posted by NPB Card Guy at 4:54 PM