I've picked up a number of old menko cards in the last month or so from Ebay.  A couple of them I have been unable to identify.  Any suggestions anyone has would be helpful.

Kagome was a company that produced a number of sets of rectangular menko in the late 1940's and early 1950's,  The company had a distinctive logo - a six point star.  This Fumio Fujimura card was obviously made from Kagome but the set does not appear in Engel (or at least I haven't found it).  There's a set called Kagome 1 2 3 4 (JCM 52) that is somewhat similar but this card is not from that set. 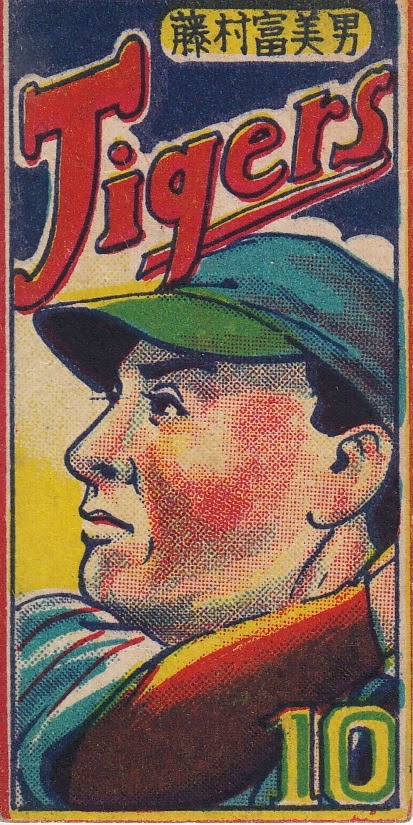 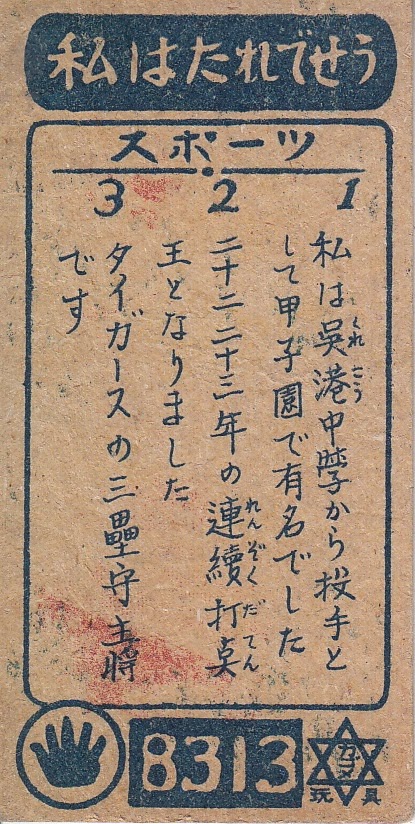 This Masaichi Kaneda card looks very much like a Kagome card but it does not have the logo.  This is potentially a very early card of Kaneda, perhaps from his rookie year of 1950. 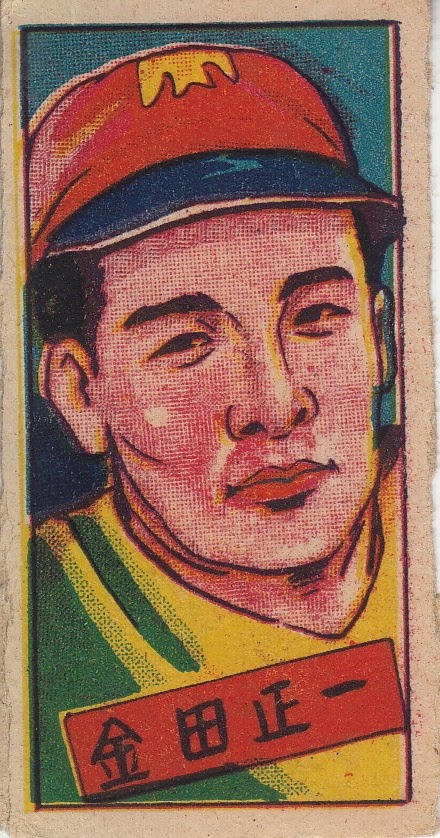 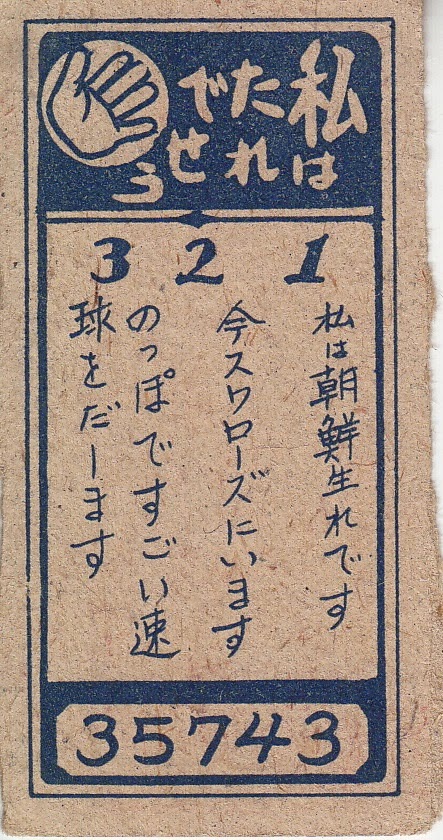 I think this card of Atsushi Otsu of the Tigers is from the same menko set as the "action" cards I wrote about last fall.  It would be from around 1957. 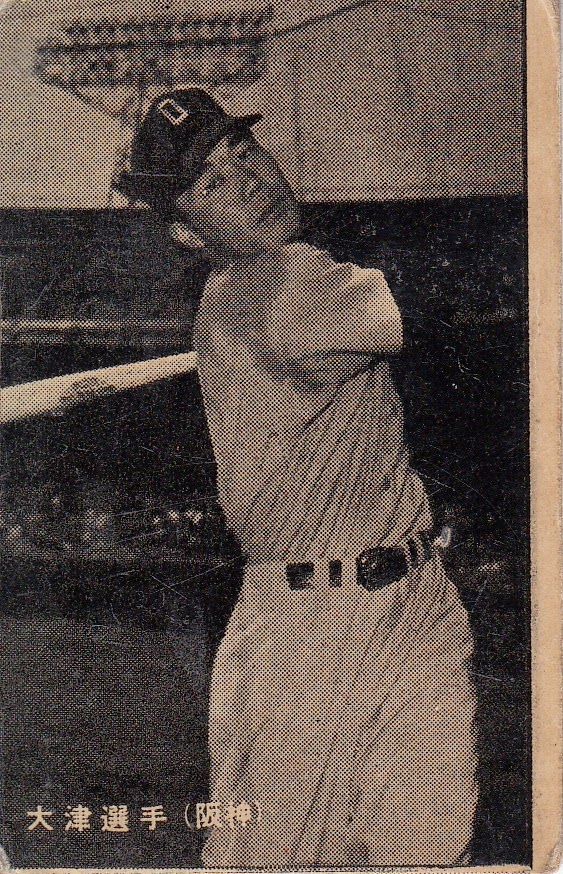 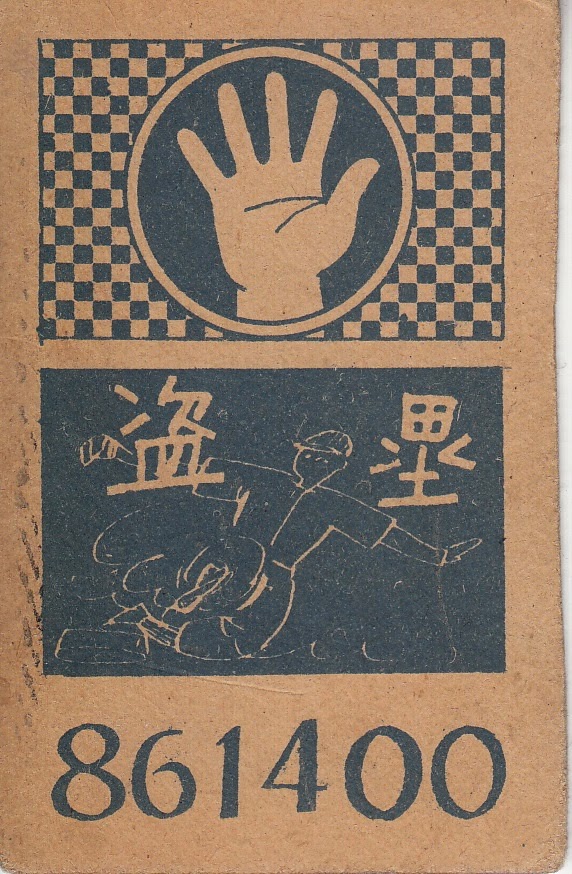 Marusan cards are among the more common menko cards.  They were produced between 1957 and 1964.  A couple of the sets were imported to the US by Mel Bailey and Bud Ackerman in the early to mid 1960s.  Given that the sets are pretty well known, I was surprised to discover that I could not place this Shigeo Nagashima card.  I suspect that it is from one of the JCM 12a-e sets from around 1961 and 1962 but that's really nothing more than a gut feeling. 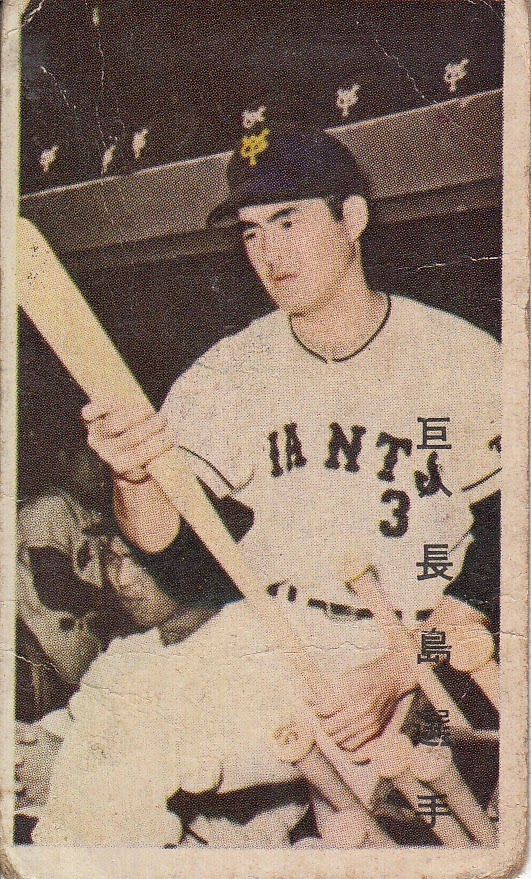 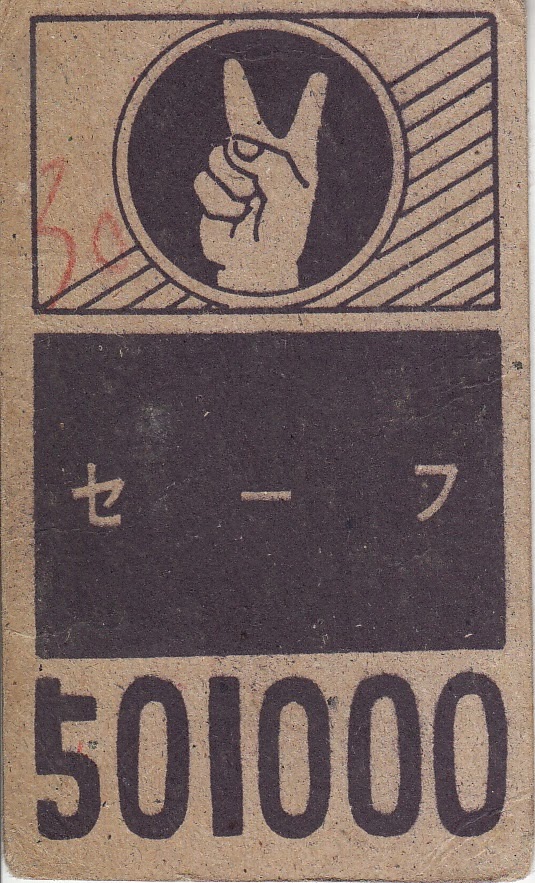 The last card is of Shigeru Fujio of the Giants.  It's clearly a Marukami "Bat On Right" card from the JCM 14a-g sets from 1959-64.  Based on the size of the text and the location of the team name (and the fact that it's not in parentheses), it looks to me that it's from the 1961 JCM 14d set but it is not listed.  That particular set is the rarest of the "Bat On Right" sets - a couple of the later sets are perhaps the most commonly seen menko cards. 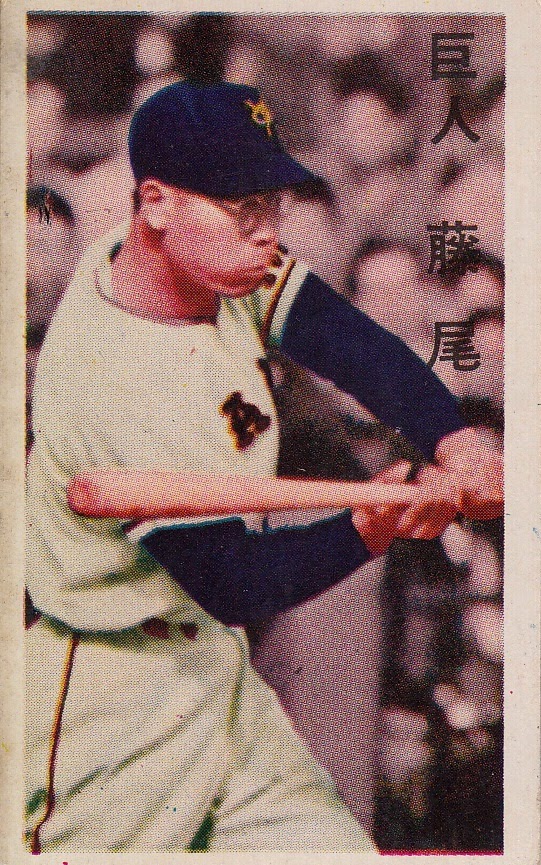 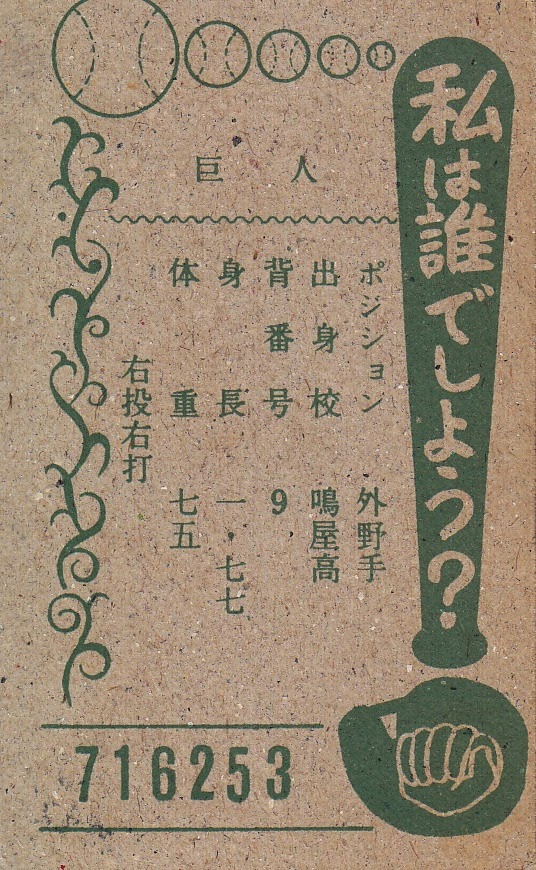 If anyone has any ideas about these cards or can point out to me where I missed them in Engel, please let me know.
Posted by NPB Card Guy at 12:15 AM